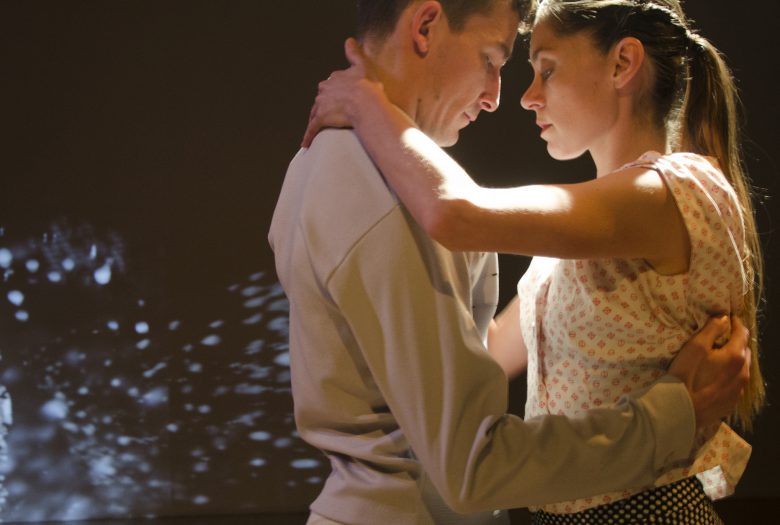 Sally’s last group piece at Roulette (2012) was hailed as one of the top 3 of the year to watch by The New York Times where Silvers was celebrated as “having a penchant for the fabulously weird … a feast of movement invention”. This time:  look out!

Sally Silvers is a Guggenheim Foundation and “Bessie” award-winning choreographer who has been making work since the 1980’s.  As the Artistic Director of Sally Silvers & Dancers she has toured nationally and internationally in USA, Mexico, Europe, and the far East.  As a choreographer she has an on-going fascination with the poetic as well as the social meanings of movement – to offer a no-holds-barred exploration of movement possibilities often tilted toward the awkward and unexpected; she has been called “downtown queen of  intelligent quirk” (New Yorker) & her last work, Bonobo Milkshake, was chosen by The New York Times as one of the top 3 pieces of 2012. She choreographed 3 musicals for the Sundance Theater Festival and co-directed 2 award-winning dance films: Little Lieutenant and Mechanics of the Brain.  Her work has also received support from the NEA, New York Foundation for the Arts, Meet the Composer/Choreographer for projects with Bruce Andrews and John Zorn, and The Foundation for Contemporary Performance Arts.  From 2006 to 2011 she danced in the new and historical works of Yvonne Rainer.   Her work has been archived and recorded by the New York City Performing Arts Library. She is also known for several large dance community curatorial projects: TalkTalkWalkWalk (combining dance artists and poets) at The Bowery Poetry Project and Surprise Every Time (a festival of  “live choreography’ – making work live in front of the audience on the spot) at Roulette.

Our ongoing [DANCEROULETTE] series reflects the commitment to presenting experimental dance that we’ve held since our founding in 1978, particularly the collaborative efforts of composers and choreographers exploring the relationship between sound and movement, choreography and composition. Roulette’s move to Brooklyn in September 2011 has enabled us to initiate a regular season of [DANCEROULETTE] presentations, which now hosts nearly 40 performances yearly. [DANCEROULETTE] Sally Silvers: Actual Size is supported, in part, by the Mertz Gilmore Foundation.