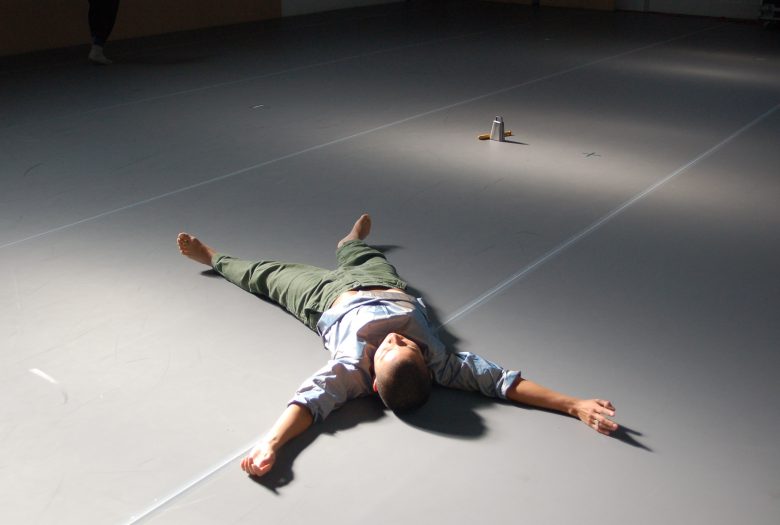 Mariana Valencia is a dance artist, she has held residencies at Chez Bushwick, NYLA, Show Box L.A., Pieter Pasd, and is a current ISSUE Project Room AIR. Valencia’s work has been supported by the Yellow House Fund of the Tides Foundation and she is a 2014-2015 Jerome Travel and Study Grant Fellow. Valencia has costumed for Lauren Bakst, Jen Rosenblit, Vanessa Anspaugh, and Geo Wyeth and her performance collaborations include musician Jules Gimbrone, dance artists Kim Brandt and robbinschilds and video artists Elizabeth Orr and Kate Brandt.

Sister Jean Ra Horror was born in Loudun, France and migrated to he UK during the late seventeenth century. Originally the Mother Superior of the Ursuline Order in Loudun. After being excommunicated she decided to pursue her passion for the Dark Arts, Demonology, Dance, and Aromatherapy. Performances; Marymount Manhattan College, Judson Church, AUNTS, and Dixon Place. Tours: the Trick or Treat Tour, and the Seven Gates of Hell. For bookings contact your local Medium by chanting SISTER SISTER…, using a QUIJI board (by candlelight only), or email at tinselandrye@gmail.com.

This multimedia work is an amalgamation of collaborative projects that choreographer, Tess Dworman has initiated with visual artist, David B. Smith, comedienne, Greer Dworman, and sibling philosophers, Linus & Mica Rajakumar. These once separate projects have been placed into a pile that simultaneously highlights and obfuscates their larger context as a whole.

Tess Dworman is a Brooklyn-based choreographer and performer originally from Oak Park, IL. She studied at the Laban Centre in London and graduated from the University of Illinois at Urbana-Champaign with a BFA in Dance. In New York, her work has been presented by AUNTS, Center for Performance Research, Catch, Dixon Place, Danspace Project, Movement Research at the Judson Church, and New York Live Arts. Dworman has also had the pleasure of performing in the work of niv Acosta, Laurel Atwell, Strauss Bourque-LaFrance, Kim Brandt, Yanira Castro, Moriah Evans, Julie Mayo, Tere O’Connor, Marissa Perel, and Mariana Valencia.

David B. Smith makes photo-sculptures and images from fragments of a collective past of American Culture.  His works are representations of an idiosyncratic unconscious dragged into the open to be played with and moved around.  He has recently shown at venues such as ICP, NADA Miami, Halsey McKay Gallery, Cabinet, David Zwirner Gallery, and Asia Song Society.

Greer Dworman is a Chicago-born now Brooklyn-based performer. Her work has been presented in venues across Chicago (she only just got here) and now casually emerging around the tri-state area. She has had the pleasure of working with artists such as Taisha Paggett, Kim Brandt, Emily Johnson/Catalyst, Joshua Kent, Tess Dworman and Lisa Gonzalez among others. She has been seriously attempting stand up comedy since early 2014. You can find her at youtube.com/TheGweew

​Mica Rajakumar loves to draw and she loves animals. She also loves hanging out with her brother and she lives in Brooklyn, New York​

Linus Rajakumar lives in Brooklyn, New York, he likes sports and hanging out with his sister. He also likes to draw.