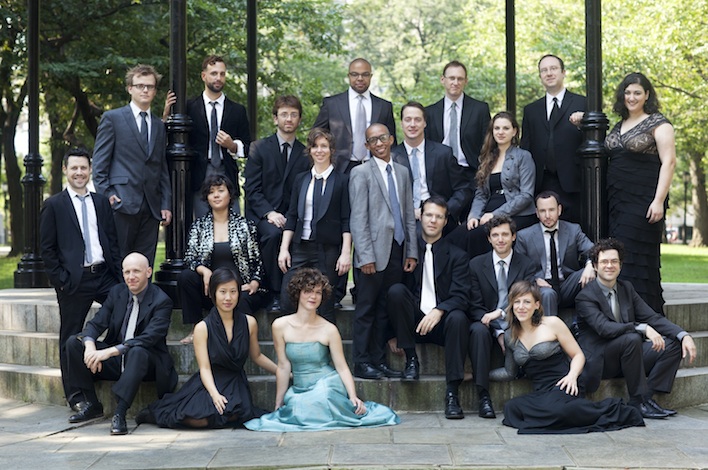 Festival Pass $50 for all three nights!

Festival pass includes admission for one + one free drink ticket to each night. Drink tickets will be hard copy and available at the box office when purchaser picks up ticket. 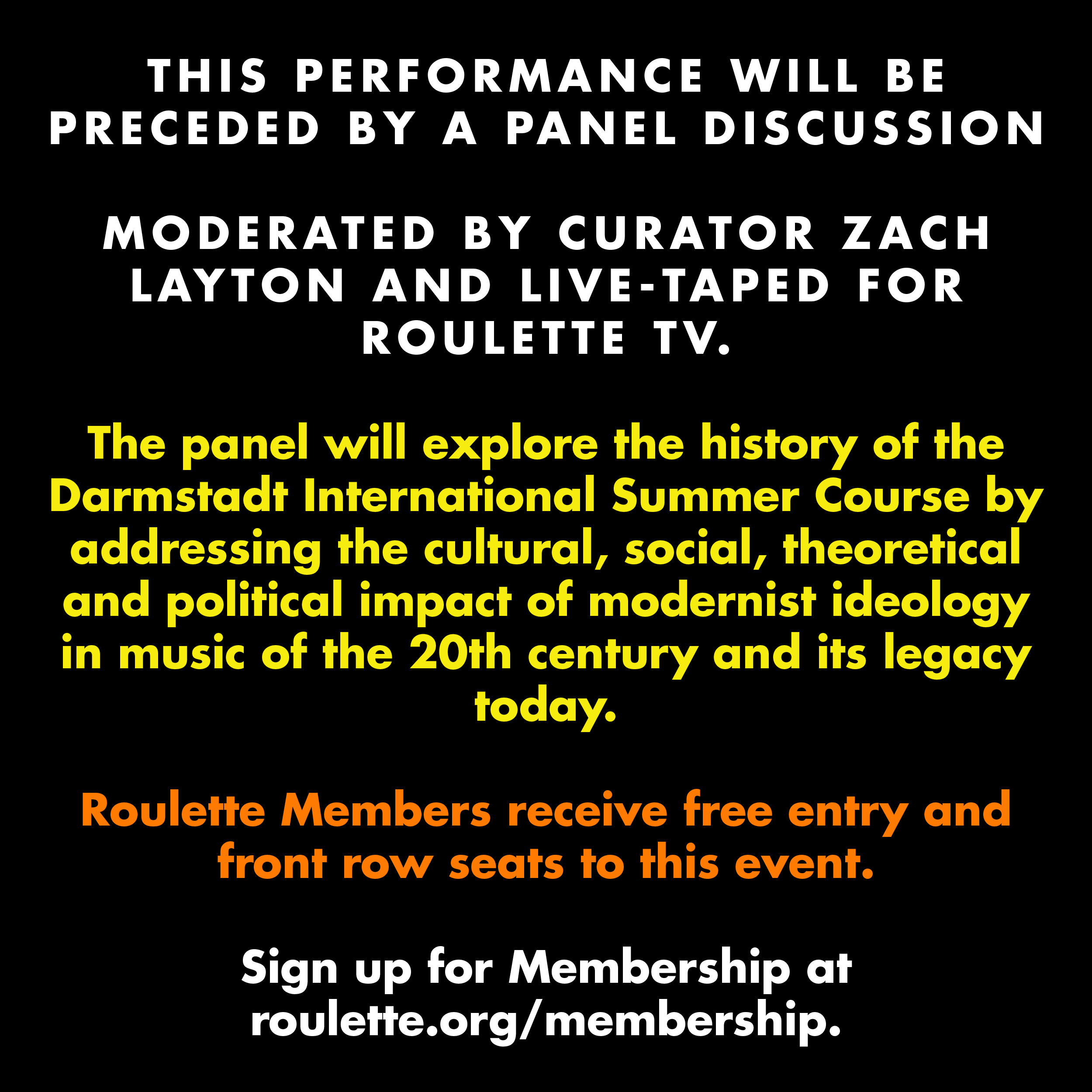 Panel will begin at 7PM.

The International Contemporary Ensemble (ICE), described by the New York Times as “one of the most accomplished and adventurous groups in new music,” is dedicated to reshaping the way music is created and experienced. With a modular makeup of 35 leading instrumentalists, performing in forces ranging from solos to large ensembles, ICE functions as performer, presenter, and educator, advancing the music of our time by developing innovative new works and new strategies for audience engagement. ICE redefines concert music as it brings together new work and new listeners in the 21st century.

Since its founding in 2001, ICE has premiered over 500 compositions––the majority of these new works by emerging composers––in venues spanning from alternative spaces to concert halls around the world. The ensemble has received the American Music Center’s Trailblazer Award for its contributions to the field, the ASCAP/Chamber Music America Award for Adventurous Programming, and was most recently named Musical America Worldwide’s Ensemble of the Year in 2013. From 2008 to 2013 ICE was Ensemble-in-Residence at the Museum of Contemporary Art Chicago. ICE musicians serve as Artists-in-Residence at the Mostly Mozart Festival of Lincoln Center, curating and performing chamber music programs that juxtapose new and old music. In 2014 ICE began a partnership with the Illinois Humanities Council, the Hideout in Chicago, and the Abrons Art Center in New York to support the OpenICE initiative.

In 2011, with lead support from The Andrew W. Mellon Foundation, ICE created the ICElab program to place teams of ICE musicians in close collaboration with emerging composers to develop works that push the boundaries of musical exploration. ICElab projects have been featured in more than one hundred performances from 2011 to 2014, and are documented online through ICE’s blog, and DigitICE, its online library of performance videos. In 2014, The Andrew W. Mellon Foundation renewed its leadership support to launch the OpenICE initiative, which brings the full scope of ICE’s programming and educational activities for free to broader audiences around the world.

ICE’s commitment to build a diverse, engaged audience for the music of our time inspired The Listening Room, an educational initiative for public schools without in-house arts curricula. Using team-based composition and graphic notation, ICE musicians lead students in the creation of new musical works, nurturing collaborative creative skills and building an appreciation for musical experimentation.

In addition to their international performing activities, Mivos is active in education, and has conducted workshops at CUNY Graduate Center, Brooklyn College Conservatory of Music, Royal Northern College of Music (UK), Shanghai Conservatory (China), University Malaya (Malaysia), Yong Siew Toh Conservatory (Singapore), the Hong Kong Art Center, and MIAM University in Istanbul (Turkey).  The quartet also runs the annual Mivos/Kanter String Quartet Composition Prize, established to support the work of emerging and mid-career composers and to encourage continued interest in new compositions for string quartet.  The winning composer, selected from over one hundred and fifty applicants, receives a performance of their work in New York City on the Mivos Quartet concert season and a cash prize. In 2013 Mivos initiated a second competition for composers of Chinese descent, called the I-Creation Prize.

The members of Mivos are: violinists Olivia De Prato and Joshua Modney, violist Victor Lowrie, and cellist Mariel Roberts, each of whom are recognized individually as extraordinary voices in contemporary music, and perform frequently with leading new music ensembles including Ensemble Signal, Victoire, and Wet Ink. They are all graduates of the Master’s in Contemporary Performance degree program at the Manhattan School of Music.