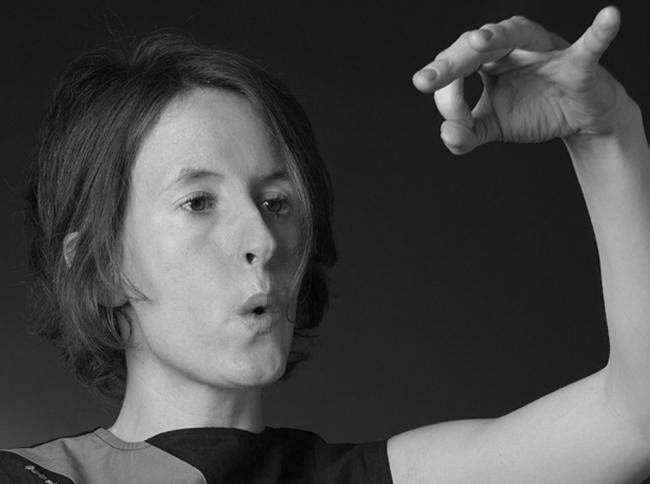 Festival Pass $50 for all three nights!
Festival pass includes admission for one + one free drink ticket to each night. Drink tickets will be hard copy and available at the box office when purchaser picks up ticket.

For the opening evening of the Darmstadt Institute New York: 70 Year Anniversary Celebration, Josh Modney and Eric Wubbels of the Wet Ink Ensemble present a rare performance of Mathias Spahlinger’s titanic hourlong violin/piano duo extension, a work of incredible musical and technical demands that pushes the language and practice of Western chamber music to an extreme through an ever-expanding network of relationships. The composer writes, “extension was conceived as counter-model to a form of thinking which derives variations or subsidiary thoughts from a main idea; not only should all ideas (in the tradition of adorno) be equidistant from the central point, but every idea should be exposition and development simultaneously. this takes place as follows: the system of relationship establishes itself by expanding at once explosively in all directions at the same time. this suggests that everything is connected with everything else, even the most distant element.”

The Wet Ink Ensemble is a unique collection of composers, improvisers and interpreters committed to making adventurous music. With a 16-year history of outstanding achievement in the programming and presentation of contemporary music of every genre, Wet Ink has earned an international reputation as one of the most innovative and virtuosic ensembles working today.

Wet Ink most commonly performs as a septet comprised of a core group of composer-performers that collaborate in a band-like fashion, writing, improvising, preparing, and touring pieces together over long stretches of time. This approach has led to an incomparable body of work marked by a keenly developed performance practice, played in concert with ferocity, commitment, and expressivity.

A consistent advocate for young musicians, Wet Ink has commissioned, premiered and recorded numerous works by emerging composers. The group has also collaborated with a wide range of highly-renowned artists including George Lewis, Evan Parker, Christian Wolff, and the AACM composers (during a 2-night retrospective at The Kitchen in 2008), and has introduced NYC audiences to major European figures including Peter Ablinger, Mathias Spahlinger, and Beat Furrer.