Experiments in Opera: Borges and the Other by Matthew Welch w/ text adapted from Jorge Luis Borges 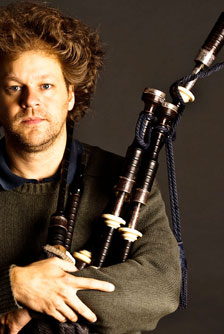 Experiments in Opera: Borges and the Other by Matthew Welch w/ text adapted from Jorge Luis Borges

For some time now, I have been working on a series of short operas (or modular “Acts”) centered around the luminary Argentine author Jorge Luis Borges, all played by an expanded version of my ensemble Blarvuster. In 2007, the ﬁrst of these Borges mini-operas featured two mezzo-sopranos portraying an older and younger Borges meeting in a dream space. Borges was not shy to rework the basic concept of a story in to a new and equally fantastic second tale, and so for a second act written for tenor and baritone, two additional Borges of differing ages meet yet again in a separate encounter of dreaming each other. In both operas/acts, each Borges views his other in disbelief, hashing out self-loathing critique, whilst verifying biographical information. This pushes the iconic identity of Borges and his astonishing deconstruction of time and memory as forefront topics. The upcoming production in May 2012 will be the first performance of the complete opera, which combines the previous two modular acts of dialogues, further enhanced by new sections for chorus that pontificate and comment upon the multifarious identity of Borges (along the lines of the use of chorus in Greek Tragedy and the Baroque oratorio), coupled with intimate chamber passages and ecstatic returns to the labyrinthine rhythmic lattices of Blarvuster.