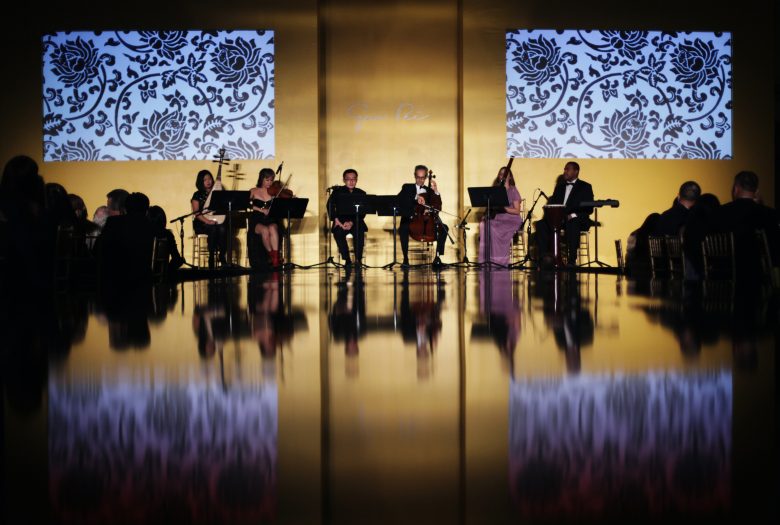 Celebrated Chinese composer Huang Ruo convenes Ensemble FIRE and Momenta Quartet to present five pieces, including “Wind Blows” for cello and piano; “Red Rain” for solo piano; String Quartet No. 2: “The Flag Project”; String Quartet No. 3: “Calligraffiti”; and “Drama Theatre No. 3: Written on the Wind” for pipa, voice, and visuals.

Described by The New York Times as “vigorous” and “inventive,” Ensemble FIRE is dedicated to the future of music. Specializing in multimedia and cross-genre projects, FIRE is widely praised for its innovative programming and performances. Founded in 2005 by  Huang Ruo, FIRE has performed at the Lincoln Center Festival, Le Poisson Rouge, Guggenheim Museum, Asia Society, Aspen Music Festival, Santa Fe Opera Festival, Rubin Museum of Arts, and the Esplanade in Singapore. Comprised of both Eastern and Western instruments and some of today’s most gifted and promising young musicians, FIRE advocates music in a wide variety of styles, ranging from avant-garde modernism to world music, visual arts, and experimental music.

Momenta Quartet derives its name from the plural of momentum – four individuals in motion towards a common goal. The ensemble’s eclectic vision encompasses contemporary music of all aesthetic backgrounds alongside great music from the recent and distant past. Momenta Quartet has premiered over 100 works and collaborated with over 120 living composers and, in the words of The New Yorker’s Alex Ross, “few American players assume Haydn’s idiom with such ease.”

Huang Ruo has been lauded by the New Yorker as “one of the world’s leading young composers.” His vibrant and inventive musical voice draws equal inspiration from Chinese ancient and folk music, Western avant-garde, experimental, noise, natural and processed sound, rock, and jazz to create a seamless, organic integration using a compositional technique he calls “Dimensionalism.” Huang Ruo’s diverse compositional works span from orchestra, chamber music, opera, theater, and dance, to cross-genre, sound installation, multi media, experimental improvisation, folk rock, and film. He earned a Bachelor of Music degree from the Oberlin Conservatory of Music and Master of Music and Doctor of Musical Arts degrees in composition from the Juilliard School. He is currently a composition faculty at the Mannes College of Music at The New School.