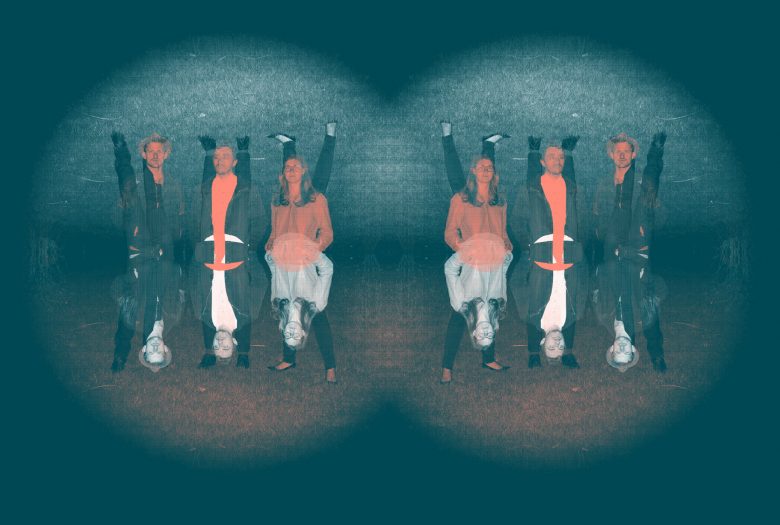 Surfaces is the latest iteration of TIGUE, a new collection of compositions written collaboratively and individually by group members over the past year. The show includes Triangle (2015) in a new arrangement; The New York premiere of Quilts (2015) for percussion and synthesizer; and two currently untitled new pieces composed collaboratively this spring.

One half new music ensemble, one half art-rock band, TIGUE unites homegrown ethos and conservatory precision. Praised for their energetic and focused performances, the Ohio-born, Brooklyn-based percussionists (Matt Evans, Amy Garapic and Carson Moody) have worked together extensively on original and composed music for nearly half a decade. Q2 Music recently described their debut album “Peaks” (New AmsterdamRecords) as “as much DIY sweat as conservatory-trained interplay.” Active collaborators, TIGUE has commissioned pieces from Robert Honstein and Adrian Knight and worked closely with Oneida/Man Forever drummer Kid Millions and visual artist and sculptor Michael Mercil. Formed in 2012, following their concurrent studies at both the Eastman School of Music andThe Ohio State University, TIGUE crystallized out of, and in spite of, the eclectic contemporary, pop, and avant-garde influences inherent in their DNA.
www.tiguemusic.com

[GENERATE] TIGUE: Surfaces is made possible, in part, with funds from GENERATE: The Frances Richard Fund for Innovative Artists of Promise.