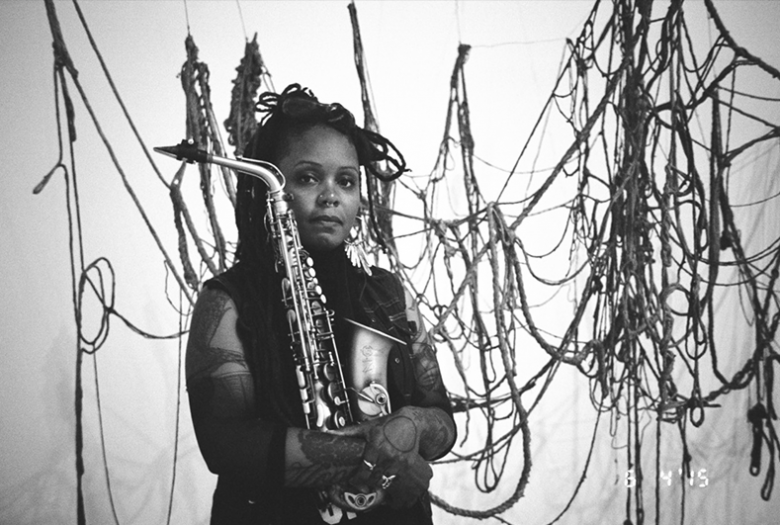 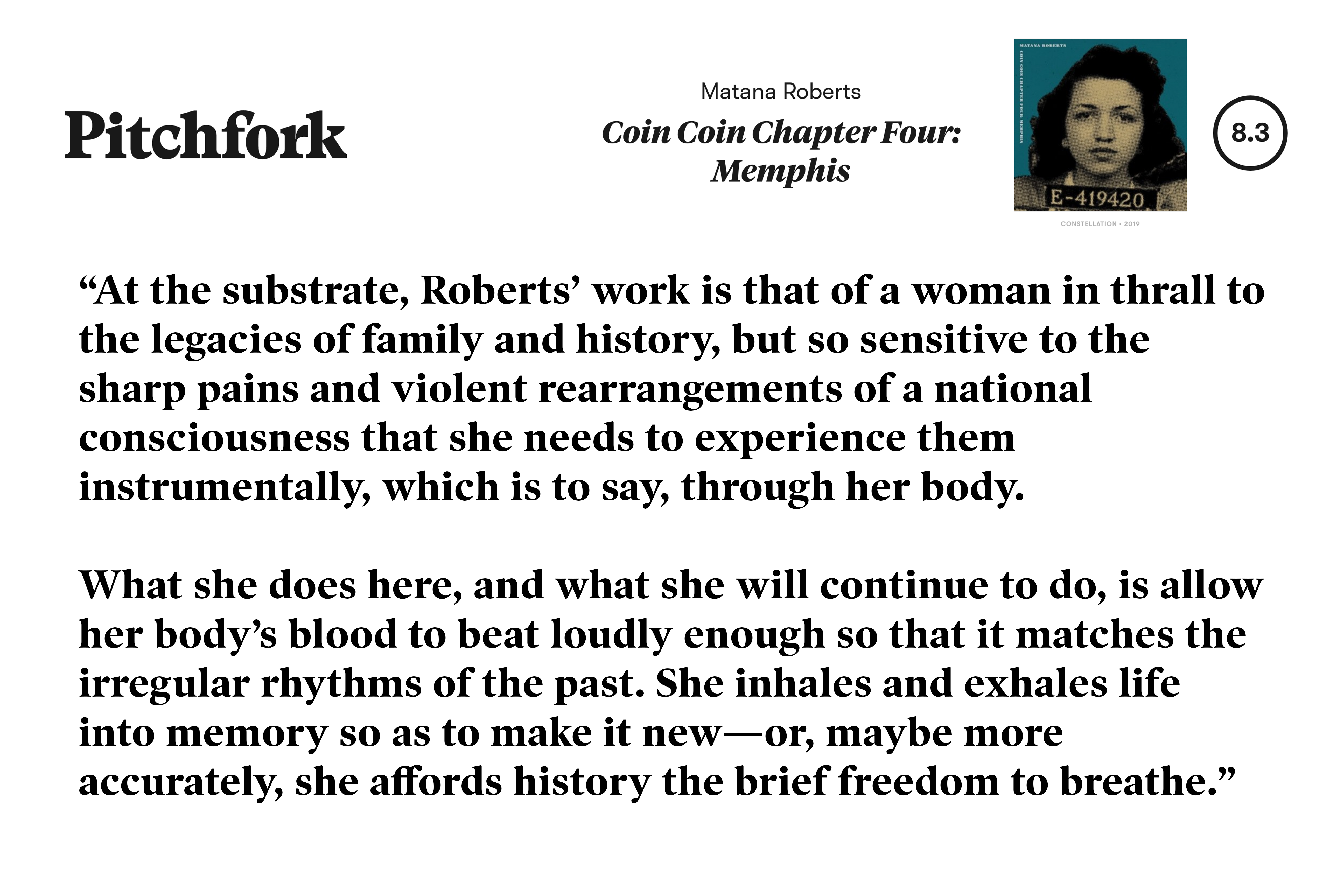 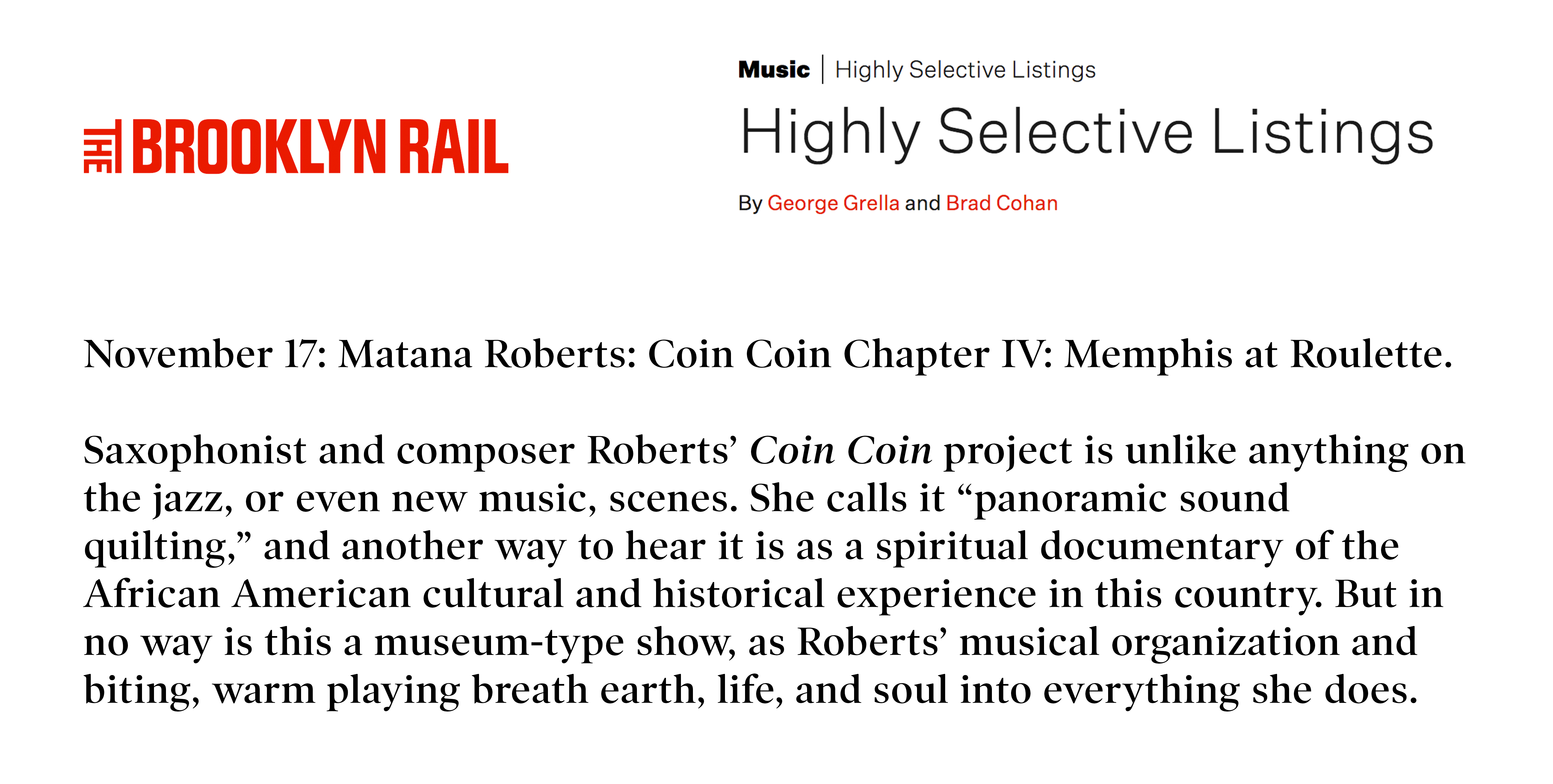 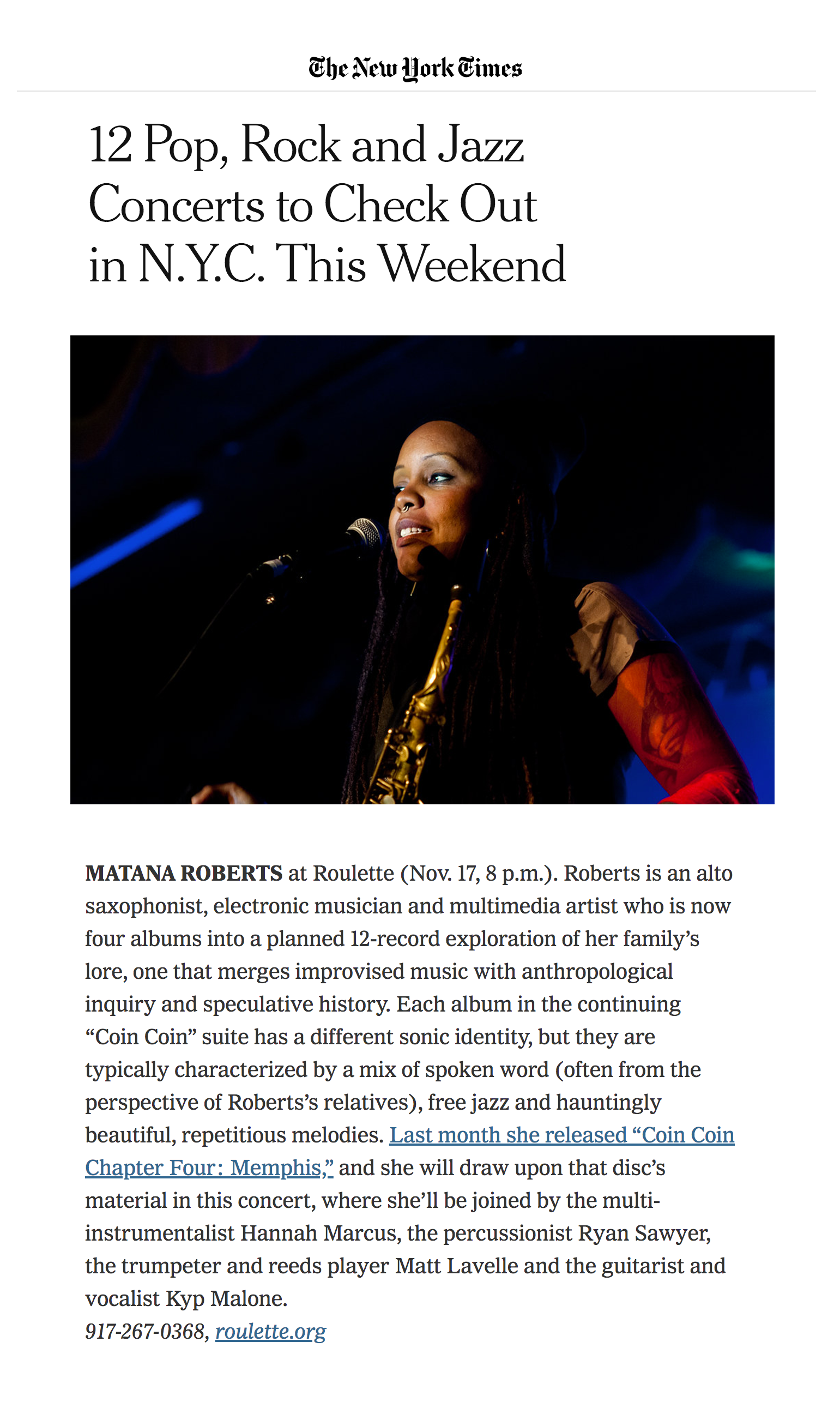 Roulette is pleased to welcome back composer, saxophonist, and sound experimentalist Matana Roberts for the much-anticipated fourth installment of her hugely innovative, profoundly iconoclastic and acclaimed COIN COIN project. This project is described as a multi-chapter work of “panoramic sound quilting” that aims to expose the mystical roots and channel the intuitive spirit-raising traditions of American creative expression while maintaining a deep and substantive engagement with narrativity, history, community, and political expression within improvisatory musical structures. COIN COIN has been widely and highly praised for its stylistic innovations and narrative power. Noted music critic Peter Margasak wrote of COIN COIN: “Memory is a powerful thing, but it’s so private, fluid, and unreliable that it can seem almost impossible to capture in a work of art—and history is often no more stable, once you look closely enough. Roberts has succeeded at evoking both, though, and gives her audience a long look at something ghostly, tragic, and beautiful. She is carving out her own aesthetic space, startling in its originality and gripping in its historic and social power.”

Roberts will be joined by a stellar band of collaborators including Hannah Marcus, Ryan Sawyer, Matt Lavelle, Stuart Bogie, Kyp Malone, and Meshell Ndegeocello on bass.

Matana Roberts is an internationally recognized, Chicago-born saxophonist and multidisciplinary sound conceptualist working in various mediums of performance inquiry. She has created alongside visionary experimentalists of this time period in various areas of improvisation, dance, poetry, visual art, theater; as a saxophonist, documented on various sound recordings as collaborator, side woman and leader. Her recent work focused on the place / problem of memory and tradition as recognized deciphered, deconstructed, interrogated through radical modes of sound communication, alternative styles of musical notation, and multi-genres of improvisation. Roberts’ work has been exhibited at the Whitney Museum of American Art (NYC), Fridman Gallery (NYC), Museum of Contemporary Art (Chicago), and Museum of Contemporary Art (Detroit). She is well-known for her acclaimed Coin Coin project, a multi-chapter work of “panoramic sound quilting” that aims to expose the mystical roots and channel the intuitive spirit-raising traditions of American creative expression. Constellation Records began documenting the Coin Coin project in 2011 and has released the first three of a projected twelve album-length chapters to date.