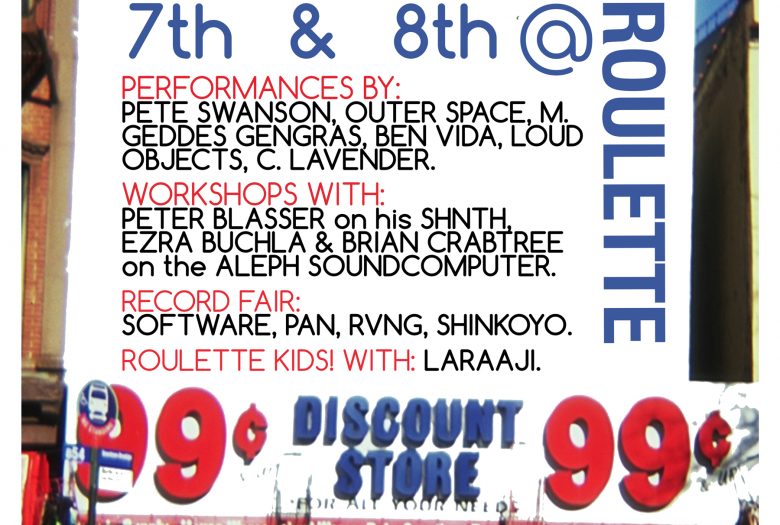 As even consumer electronics move into a “post-PC” era of tablets and smartphones, Roulette’s 2014 Mixology Festival looks at the newest ways electronics are being used to make music. For a while dominated by laptops, the current landscape hold no singular method; co-opting analog and digital synthesizers from the past, exploring the touch screen as a modern performance instrument, and designing open source programming platforms and DIY circuits for personalized music making.

MIXOLOGY FESTIVAL 2014 PASS – $30
Pass good for one ticket to all workshops and performances in two-day festival. Tickets can be redeemed online or at Roulette’s Box Office. Tickets cannot be split amongst guests for the same performance.