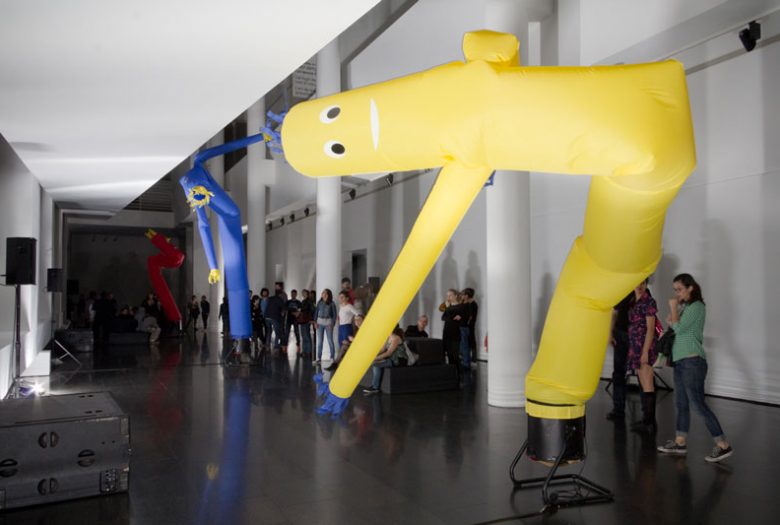 Mark Fell is a multidisciplinary artist based in Sheffield (UK). After studying experimental film and video art at the local polytechnic he reverted to earlier interests in computational technology, music and synthetic sound. In 1998 he initiated a series of critically acclaimed record releases, featuring both collaborative and solo works, on labels including Mille Plateaux, Line, Editions Mego, Raster Noton and Alku. Fell is widely known for combining popular music styles, such as electronica and techno, with more academic approaches to computer-based composition with a particular emphasis on algorithmic and mathematical systems. His recent musical practice has become increasingly informed by non-Western musics, this is evident in two linked works Multistablity and UL8 which explore a number of unfamiliar timing and tuning systems. Uncut magazine called these completely mind-blowing and the Wire magazine said these were amazing. As well as recorded works Fell produces installation pieces often using multiple speaker systems. Although well versed in the use of ambisonics, his work in this area is characterised by non-illusion based approaches where multiple waveshapes are spatially distributed to form complex synthetic sonic environments. The diversity and importance of Fell’s practice is reflected in the range and scale of international institutions that present his work from large super clubs such as Berghain (Berlin), to Hong Kong National Film archive and many others. Fell has received commissions from prestigious institutions including Francesca Von Habsburg’s Thyssen-Bornemisza Art Contemporary (Vienna) with a premier at Seville Biennale of Art, and the National Ballet of Madrid have performed to his works. He has been recognised by ARS Electronica (Linz) with an Honorary mention in the digital musics category, and was shortlisted for the Quartz award for his contribution to research in digital music. In addition to his creative practice Fell has been involved in a number of academic research projects ranging from computer science to musicology, and as a curator Fell is widely recognised for his contribution to the development of experimental electronic music in Europe.