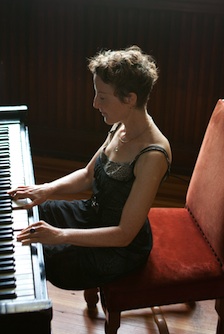 Pianist and composer Myra Melford has garnered some of the highest accolades in her field. In 2013 alone, she was named a Guggenheim Fellow and received the Doris Duke Charitable Foundation’s Performing Artist Award and a Doris Duke Residency to Build Demand for the Arts for her efforts to re-imagine the jazz program at San Francisco’s Yerba Buena Center for the Arts. She was also the winner of the 2012 Alpert Award in the Arts for Music. She has been honored numerous times in DownBeat’s Critics Poll since 1991 and was nominated by the Jazz Journalists Association as Pianist of the Year in 2008 and 2009 and Composer of the Year in 2004.