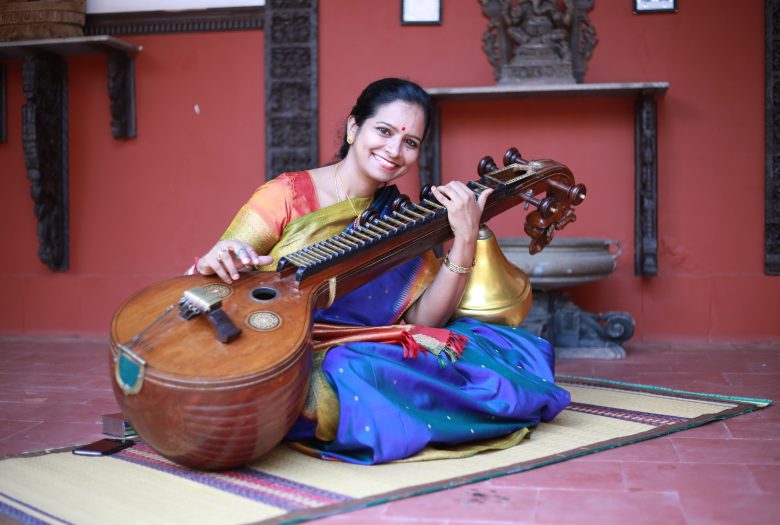 Jayanthi Kumaresh, one of India’s foremost veena (lute) players, has captivated audiences around the world for over three decades with her entrancing performances.  A sixth generation musician and niece of the legendary violinist Lalgudi Jayaraman, she began playing the veena at the age of three.  Blending the traditional and innovative, Jayanthi seeks to express the true voice of the veena, which transcends the boundaries of language and region. She will open this program with a long solo rendition of tanam, the repetitive pulse that engenders the ancient art of Vedic chant. Since the veena is attributed to Saraswati, the Hindu goddess of music and learning, this part of the program will portray the feminine principle – Laasya – through an uninterrupted sequence of  ragas.  In the second part she will evoke the masculine principle – Thaandava, where she will be joined by the brilliant percussionists K U Jayachandra Rao (mrdangam) and Pramath Kira (tabla, morching – jaw’s harp).