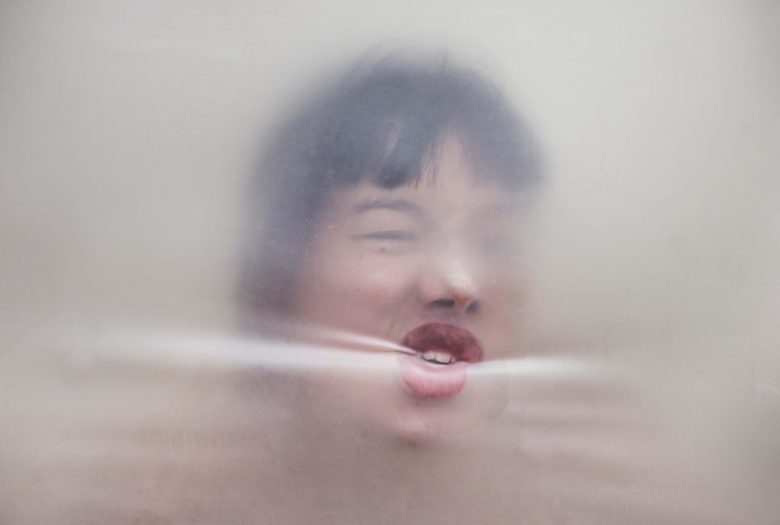 In its seventh annual incarnation as New York’s most innovative and wide-ranging presenter of contemporary vocal artists, the acclaimed Resonant Bodies Festival is proudly welcomed back to Roulette. Featuring an international roster of virtuosic singers, world premieres, and an exhilarating mix of genres, the nine vocalists performing over three days will provide an immersive musical experience unlike any other. Opening night of the three-day festival features new and celebrated work from longtime collaborative duo Charmaine Lee and Conrad Tao, countertenor Anthony Roth Costanzo, and soprano Jane Sheldon.

Charmaine Lee presents a new work with longtime collaborator, pianist and composer Conrad Tao: Using site-specific spatialization, live signal processing, and fixed media, the piece will explore a variety of sonic environments—each a meditation on both the mechanical and human qualities of vocal and electronic sound. Their collaboration is a celebration of hybridity, weaving together diverse influences from ASMR, drone, free improvisation, ambient, and the 80s power ballad.
conradtao.com

Countertenor Anthony Roth Costanzo features his collaborations in the world of opera with an intimate set for voice and piano.

Charmaine Lee is a New York-based vocalist. Her music is predominantly improvised, favoring a uniquely personal approach to vocal expression concerned with spontaneity, playfulness, and risk-taking. Beyond extended vocal technique, Charmaine uses amplification, electroacoustic feedback, and microphones to augment and distort the voice. She has performed with leading improvisers Nate Wooley, id m theft able, and Joe Morris, and maintains ongoing collaborations with contemporaries Lester St. Louis, Conrad Tao, Zach Rowden, and Leila Bordreuil. She is currently an Artist in Residence at ISSUE Project Room (2019). As a composer, Charmaine has been commissioned by the Wet Ink Ensemble (2018), and Spektral Quartet (2018).

Conrad Tao has appeared worldwide as a pianist and composer, and has been dubbed a musician of “probing intellect and open-hearted vision” by The New York Times, a “thoughtful and mature composer” by NPR, and “ferociously talented” by Time Out New York. In June of 2011, the White House Commission on Presidential Scholars and the Department of Education named Tao a Presidential Scholar in the Arts, and the National Foundation for Advancement in the Arts awarded him a YoungArts gold medal in music. Later that year, Tao was named a Gilmore Young Artist, an honor awarded every two years highlighting the most promising American pianists of the new generation. In May of 2012, he was awarded the prestigious Avery Fisher Career Grant, and in 2018 was named a Lincoln Center Emerging Artist.

Countertenor Anthony Roth Costanzo began performing professionally at the age of 11 and has since appeared in opera, concert, recital, film, and on Broadway. His debut album, ARC, on Decca Gold was nominated for a 2019 GRAMMY Award, and he is Musical America’s 2019 vocalist of the year. Costanzo has appeared with many of the world’s leading opera houses including the Metropolitan Opera, Lyric Opera of Chicago, San Francisco Opera, English National Opera, Houston Grand Opera, Opera Philadelphia, Los Angeles Opera, Canadian Opera Company, Glyndebourne Opera Festival, Dallas Opera, Teatro Real Madrid, Spoleto Festival USA, Glimmerglass Festival and Finnish National Opera. In concert he has sung with the New York Philharmonic, Berlin Philharmonic, San Francisco Symphony, London Symphony Orchestra, Cleveland Orchestra, and National Symphony Orchestra, among others. He has performed at a wide-ranging variety of venues including Carnegie Hall, Versailles, The Kennedy Center, The Metropolitan Museum of Art, National Sawdust, Minamiza Kyoto, Joe’s Pub, The Guggenheim, The Park Avenue Armory, and Madison Square Garden. Costanzo is a Grand Finals Winner of the Metropolitan Opera National Council auditions and won first prize in Placido Domingo’s Operalia Competition. He was nominated for an Independent Spirit Award for his role in a Merchant Ivory film. He has begun working as a producer and curator in addition to a performer, creating shows for National Sawdust, Opera Philadelphia, the Philharmonia Baroque, Princeton University, WQXR, The State Theater in Salzburg, Master Voices and Kabuki-Za Tokyo. Costanzo graduated from Princeton University where he has returned to teach, and he received his masters from the Manhattan School of Music. In his youth he performed on Broadway and alongside Luciano Pavarotti.

Jane Sheldon is an Australian-American soprano who specializes in the creation and performance of exploratory chamber music. Praised by The New York Times for singing “sublimely”, the Sydney Morning Herald for “a brilliant tour de force,” and The Washington Post for “a stunning performance”, she has appeared with the London Philharmonic Orchestra, Pinchgut Opera (AUS), Sound Icon (USA), Ekmeles (USA), Talea Ensemble (USA), Wet Ink (USA), the Australian String Quartet, and Sydney Chamber Opera (AUS), where she is an Artistic Associate. She has worked extensively with composers as they create new works for voice, most frequently with John Zorn, whose music Jane has performed across the globe. Jane has performed at international arts festivals such as the Sydney Festival, Jerusalem Sacred Music Festival, Lincoln Center Festival, the Bendigo International Festival of Exploratory Music, Jacob’s Pillow, Prototype Festival, and the Huddersfield Contemporary Music Festival. Jane is the director of Symbioses, an Australian chamber music series focused on new duos and trios, and is the co-director of the Resonant Bodies Festival‘s activities in Australia, with Jessica Aszodi.

Resonant Bodies Festival was founded to catalyze the creation of new vocal music, to expand the audience for new vocal music, and to challenge and transform the role of the vocal recitalist. Since its inception in 2013, RBF has been greeted with sustained critical acclaim and the delight of audiences and vocalists alike. For three nights every September in New York City, nine vocalists are given curatorial carte blanche over a forty-five minute set. This freedom—rarely granted to vocalists in the contemporary music world—gives each show a “happy zealousness, where the singers’ enthusiasm for their repertoire [is] contagious” (Sequenza 21). Thanks to a generous grant from the Ellis L. Phillips Foundation, RBF had its Australian debut at the Melbourne Recital Centre on May 17, 2017, which was greeted with much enthusiasm from the international vocal music community. Since then, RBF has expanded to include festivals in Chicago and Sydney, with an LA festival slated for 2019. In addition to the festivals, RBF reaches 25,000+ listeners around the globe through MRMR, the Festival’s extensive collection of online resources. MRMR includes: professional audio, video, and photo documentation of each Festival; Resonant Bodies Podcast, which features in-depth interviews with vocalists year-round; and the Contemporary Vocal Music Database, an open, crowdsourced, searchable index of 20th and 21st century vocal works with links to musical scores, as well as audio and video recordings. The Database aids composers in promoting their works to a larger audience, and assists vocalists in their search for new and meaningful repertoire.

This performance is a co-production between Roulette and the Resonant Bodies Festival.

**Roulette Member discounts are not applicable on Superfan Tickets. We please ask that Superfan ticket holders arrive 20 minutes prior to show time to be guaranteed VIP seating. Any unclaimed VIP seats will be released at performance start-time indicated and made available to general admission holders. No refunds will be given for unclaimed tickets.