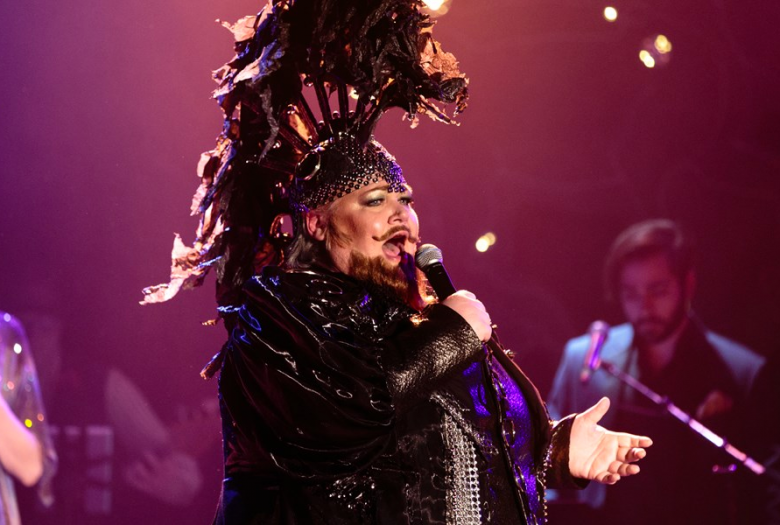 In its seventh annual incarnation as New York’s most innovative and wide-ranging presenter of contemporary vocal artists, the acclaimed Resonant Bodies Festival is proudly welcomed back to Roulette. Featuring an international roster of virtuosic singers, world premieres, and an exhilarating mix of genres, the nine vocalists performing over three days will provide an immersive musical experience unlike any other.

Following their success at Joe’s Pub and The Kitchen, the trio expands their work for the Festival: a 30-minute improvised journey that blends jazz, indie rock, and Sufi minimalism.

Featuring her legendary Mouthpieces, composer Erin Gee presents two solo works (with her brother and frequent collaborator Colin Gee, movement and visual artist) and a work with the Argento Ensemble.

A renowned opera singer and recitalist, mezzo-soprano Stephanie Blythe is considered one of the most highly respected and critically acclaimed artists of her generation. Her repertoire ranges from Handel to Wagner, German lieder to contemporary and classic American song. Ms. Blythe has performed on many of the world’s great stages, such as Carnegie Hall, the Metropolitan Opera, Covent Garden, Paris National Opera and San Francisco, Chicago Lyric and Seattle Operas. Ms. Blythe was named Musical America’s Vocalist of the Year in 2009, received an Opera News Award in 2007 and won the Tucker Award in 1999.  Ms. Blythe recently released her first crossover recording on the Innova label with pianist Craig Terry.

Arooj Aftab is a neo-sufi and minimalist composer/singer who gracefully experiments and bends the lines between ancient mysic poetry, south asian classical, jazz, soul and electronic dreamscape musics. In 2018, Aftab was named among NPR’s 200 Greatest Songs by 21st Century Women, and The New York Time’s 25 Best Classical Songs of 2018. Aftab has opened for Mitski at the Brooklyn Steel, has performed at MoMa’s Summer Series, and will be performing at the Brooklyn Museum’s First Saturday this May 2019.

Vijay Iyer is an American jazz pianist, composer, bandleader, producer, electronic musician, and writer based in New York City. He is a 2013 MacArthur Fellow. He became the Franklin D. and Florence Rosenblatt Professor of the Arts at Harvard University in early 2014.

Shahzad Ismaily is a multi-instrumentalist composer, studio owner, and film scorer. Ismaily has recorded and performed with an incredibly diverse assemblage of musicians, including Laurie Anderson and Lou Reed, Tom Waits, and Jolie Holland to name a few.

In January 2014, Erin Gee was cited by Alex Ross, music critic for The New Yorker, as a member of the short list of the most influential composer-vocalists of the 21st century and since then has been awarded the Charles Ives Fellowship from the American Academy of Arts and Letters and a Bogliasco Fellowship. This marks a turning point in the trajectory of international recognition through the performance of her series of compositions entitled Mouthpieces, which uses non-traditional vocal techniques, devoid of semantic language, to construct intricate and subtle patterns of a diverse array of vocal sounds. In the Mouthpieces, the voice is used as an instrument of sound production rather than as a vehicle of identity. Linguistic meaning is not the voice’s goal. The construction of the vocal text is often based on linguistic structure—vowel-consonant formation and the principle of the allophone—and is relatively quiet, with a high percentage of breath. The Mouthpieces began as solo vocal works, devoid of semantic text or language and notated with the International Phonetic Alphabet. In the Mouthpiece series, the voice is used as an instrument of sound production rather than as a vehicle of identity. The series began as one piece for solo voice in 2000, which she began performing as a graduate student, and has grown to over 30 works for orchestra, opera, vocal ensemble, large chamber ensemble and string quartet, which have been performed internationally with some of the top ensembles for new music. Her works are taught in the composition and musicology programs of many leading universities such as MIT, University of Pennsylvania, Smith College, and Mills College, and she has lectured at Harvard, UC Berkeley, Dartmouth and Wellesley. Ms. Gee’s career began with commissions for her own voice as a soloist or in combination with other instruments, but now regularly includes requests from singers wishing to perform her works, or commissions from ensembles and vocalists who would like to interpret a new Mouthpiece in the series.

The Argento New Music Project’s fierce emotional commitment onstage and relentless determination to master all technical aspects of its repertoire has inspired world renowned composers such as Tristan Murail, Beat Furrer, and Georg Friedrich Haas to regard them as the best interpreter of their music in the United States. Argento first gained prominence at New York’s “Sounds French Festival” in 2003 and were shortly thereafter invited to work closely with Elliott Carter and Pierre Boulez for the opening concert of the French American Cultural Exchange. From its inception, the group has dedicated itself to a thorough command of the microtonal challenges of contemporary Spectral composers, an effort that culminated in their first CD Winter Fragments, winner of the prestigious Record Geijutsu 2010 Record Academy Award for best recording.

Resonant Bodies Festival was founded to catalyze the creation of new vocal music, to expand the audience for new vocal music, and to challenge and transform the role of the vocal recitalist. Since its inception in 2013, RBF has been greeted with sustained critical acclaim and the delight of audiences and vocalists alike. For three nights every September in New York City, nine vocalists are given curatorial carte blanche over a forty-five minute set. This freedom—rarely granted to vocalists in the contemporary music world—gives each show a “happy zealousness, where the singers’ enthusiasm for their repertoire [is] contagious” (Sequenza 21). Thanks to a generous grant from the Ellis L. Phillips Foundation, RBF had its Australian debut at the Melbourne Recital Centre on May 17, 2017, which was greeted with much enthusiasm from the international vocal music community. Since then, RBF has expanded to include festivals in Chicago and Sydney, with an LA festival slated for 2019. In addition to the festivals, RBF reaches 25,000+ listeners around the globe through MRMR, the Festival’s extensive collection of online resources. MRMR includes: professional audio, video, and photo documentation of each Festival; Resonant Bodies Podcast, which features in-depth interviews with vocalists year-round; and the Contemporary Vocal Music Database, an open, crowdsourced, searchable index of 20th and 21st century vocal works with links to musical scores, as well as audio and video recordings. The Database aids composers in promoting their works to a larger audience, and assists vocalists in their search for new and meaningful repertoire.

This performance is a co-production between Roulette and the Resonant Bodies Festival.

**Roulette Member discounts are not applicable on Superfan Tickets. We please ask that Superfan ticket holders arrive 20 minutes prior to show time to be guaranteed VIP seating. Any unclaimed VIP seats will be released at performance start-time indicated and made available to general admission holders. No refunds will be given for unclaimed tickets.