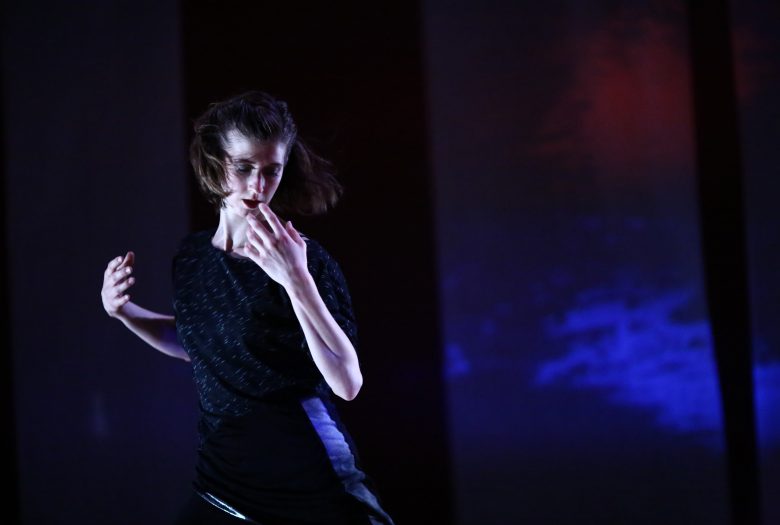 Making work that operates between idiomatic dance and unconventional movement, choreographer Sally Silvers returns to Roulette over three nights to present a low-tech, science fiction girl power adventure. ALONG imagines a place where different worlds and body languages collide, confuse, and waveringly communicate. It is a stark meeting of super-heroes stranded on a desert island where there is no shared language and all must work toward a commonality of difference. This new dance speaks to Silvers’s ongoing fascination with the poetic as well as the social meanings of movement. She offers a no-holds-barred exploration of movement possibilities often wittily tilted toward the eccentric, awkward, and unexpected.

Artistic Director/Choreographer Sally Silvers is a Guggenheim Foundation and “Bessie” award-winning choreographer who has been making work since the 1980’s. She choreographed three musicals for the Sundance Theater Festival, is the co-director of two award-winning dance films and her work has been archived and recorded by the New York City Performing Arts Library. From 2005 to 2011 she danced in the new and historical works of Yvonne Rainer. Her company has had a commitment to working with composers and live music from the beginning, and has performed with composers John Zorn, Lawrence “Butch” Morris, Ikue Mori, Bun-Ching Lam, Shelley Hirsch, George Lewis, Jim Staley, Michael Schumacher among others, and has been awarded two Meet the Composer/Choreographer grants for projects with Bruce Andrews and John Zorn. www.SallySilversDance.com

ALONG was developed in part at Baryshnikov Arts Center with support from the Martha Duffy Residency. It is presented as part of DANCEROULETTE and is supported, in part, by the Mertz Gilmore Foundation, the Harkness Foundation for Dance, the National Endowment for the Arts, and the New York City Department of Cultural Affairs.