The Fay Victor Ensemble: The FreeSongSuite 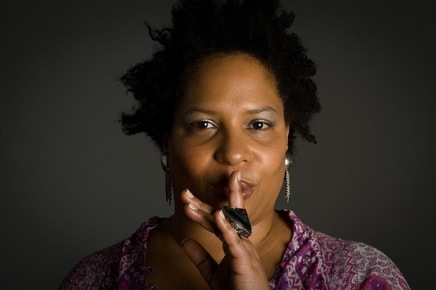 The Fay Victor Ensemble: The FreeSongSuite

The FreeSongSuite is New York-based vocalist/composer Fay Victor’s second recording of all-original music with her longstanding working quartet, The Fay Victor Ensemble. The follow-up to the band’s critically acclaimed 2007 debut, Cartwheels Through The Cosmos (ArtistShare AS 0061), this release documents Ms. Victor’s new stream of consciousness approach to creative vocal music, which accentuates spontaneity and improvisation by removing traditional boundaries between individual songs and genres. The recording features three long-form pieces made up of smaller compositions that flow in and out of each other as a running dialog.

As in all of her ensembles, the vocalist and instrumentalists operate on equal terms, constantly shaping and directing the music through their balanced explorations. “This is one of the most astonishing jazz vocal albums I have ever heard,” writes legendary New York guitarist Gary Lucas (Captain Beefheart, Jeff Buckley) in the liner notes. “I recommend this album to the legions of bored listeners out there: it is hypnotic in its flow, every song in the three sections of the suite a masterpiece of compressed storytelling…they just don’t make albums as good as this anymore.”
The Fay Victor Ensemble is a voice-guitar-bass-drum unit that performs original material which in many cases provide structure for free improvisational flight; each member contributing equally to proceedings. No divas walking around here. That’s the idea.

Fay Victor/voice, compositions
In command, infectious, energetic and strong: Fay Victor hypnotizes audiences, whether she sings a blues, sculpts a free piece, reinvents a Herbie Nichols tune through her own lyrics, or effortlessly scats over the harmonies of a jazz standard. Her musicality is deft and the words (usually hers) speak of universal themes in story-driven ways, running the full gamut of human emotion in an original mix of traditional song forms and free improvisation -she prefers to call it “Freesong” – that has become her trademark.

Noted for his accomplishments in jazz, spontaneous improvisation, classical, and inter-disciplinary performance with dance and spoken word, Ken Filiano fuses the rich traditions of the double bass with his own seemingly limitless, often astonishing, inventiveness.

For more information about the Fay Victor Ensemble in particular or Fay Victor in general, please follow the links below.