THE MUSIC OF ALVIN LUCIER with the Callithumpian Consort 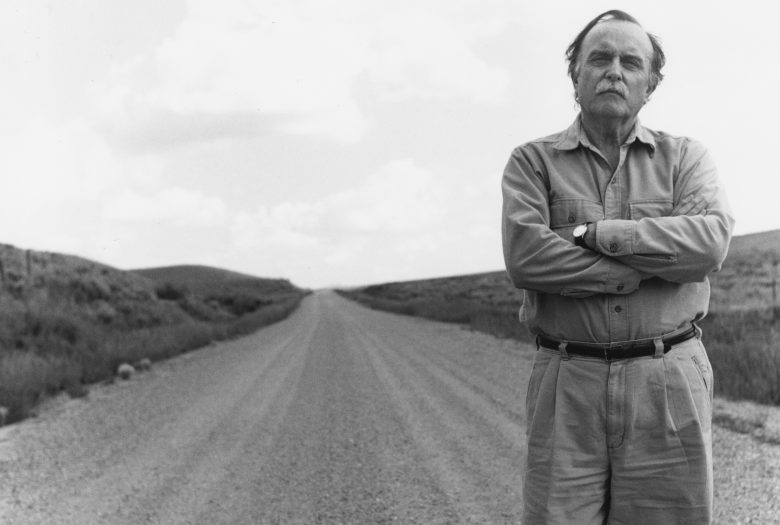 THE MUSIC OF ALVIN LUCIER with the Callithumpian Consort

The Callithumpian Consort, cellist Charles Curtis and pianist Stephen Drury celebrate the unique musical vision of the pioneering composer Alvin Lucier in two evenings devoted to his music, placing it in an international context.  The programs include two New York premieres, Lucier’s voluptuous and luxurious BRAID and Tristan Murail’s tragic, visionary LACHRYMAE, both written for the Callithumpian Consort.

Alvin Lucier’s intense microtonal explorations, inviting us to spend moments of eternity contemplating slowly moving single sounds as they collide with one another and create ethereal ghost vibrations, penetrate into the very soul of music, pure sound as the introspective essence of being.

The first night of The Music of Alvin Lucier festival will feature Callithumpian Consort in a program including works by Lucier, Murail, and Wolff.

The CALLITHUMPIAN CONSORT is dedicated to the proposition that music is an experience. Founded by pianist and conductor Stephen Drury in the 1980s, the Consort is a professional ensemble producing concerts of contemporary music at the highest standard. Flexible in size and makeup, its repertoire includes the classics of the last 100 years and new works in the avant-garde and experimental traditions. It is grounded in the musical discoveries of Cage, Stockhausen, Zorn, Scelsi, Feldman, and Xenakis. With grants from the Fromm Foundation, Meet the Composer, the Ernst von Siemens Music Foundation and the French American Cultural Exchange, the Callithumpian Consort has commissioned new works from Christian Wolff, Tristan Murail, Chaya Czernowin and Tamar Diesendruck, as well as a substantial number of younger composers.  Lee Hyla, Alvin Lucier and Lei Liang have also created new works for Callithumpian.  The Consort has also worked closely with John Cage, Steve Reich, Frederic Rzewski, Helmut Lachenmann, Michael Finnissy, Jonathan Harvey, John Zorn, John Luther Adams, Brian Ferneyhough, Jo Kondo, and many others.

The Callithumpian Consort is based at New England Conservatory in Boston where it performs several times each season. In the fall of 2009, the Consort began a regular three-concert yearly series at Boston’s Isabella Stewart Gardner Museum. The Callithumpian Consort is the ensemble in residence for the Summer Institute for Contemporary Performance Practice at NEC which brings together emerging composers and performers of new music for a week of revolutionary music-making, featuring an internationally renowned guest composer in residence.  Recent tours have taken the Callithumpian Consort to Chicago, Colorado, California, Chattanooga, Baltimore, New York City, North Carolina, Vermont and Leipzig, with residencies at Harvard, Northwestern, Stanford, Boston College, the Vermont College of Fine Arts and the University of Northern Colorado.  Recordings are available on Tzadik, Mode, Cold Blue, Navona, Naxos, Innova, Centaur and New World Records.

Pianist and conductor STEPHEN DRURY has performed throughout the world with a repertoire that stretches from Bach to Liszt to the music of today. He has appeared at Carnegie Hall, the Kennedy Center, the Barbican Centre and Queen Elizabeth Hall in London, the Cité de la Musique in Paris, and the Leipzig Gewandhaus, and from Arkansas to Seoul. A champion of contemporary music, he has taken the sound of dissonance into remote corners of Pakistan, Greenland and Montana.

Drury has performed or recorded with the American Composers Orchestra, the Cologne Radio Symphony Orchestra, the Vienna Radio Orchestra, and the Brooklyn Philharmonic.  His performances of music written in the last hundred years, ranging from the piano sonatas of Charles Ives to works by György Ligeti, Frederic Rzewski and John Cage have received the highest critical acclaim. Drury has worked closely with many of the leading composers of our time, including Cage, Ligeti, Rzewski, Steve Reich, Olivier Messiaen, John Zorn, Luciano Berio, Helmut Lachenmann, and Christian Wolff.

Cellist CHARLES CURTIS has opened up a new repertoire for the cello through his collaborations with composers La Monte Young and Marian Zazeela, Alvin Lucier, Éliane Radigue, Christian Wolff and Tashi Wada, artists Alison Knowles and Mieko Shiomi, and filmmakers Raha Raissnia, Luke Fowler and Jeff Perkins. Rarely-heard works of Terry Jennings, Morton Feldman and Richard Maxfield have also been signposts in Curtis’s interpretive life. In the 1980’s Curtis participated in weirdo rock bands such as King Missile, Dogbowl and Bongwater and he performed with the noise formation Borbetomagus. Trained at Juilliard with Leonard Rose and Harvey Shapiro, Curtis received the Piatigorsky Prize of the New York Cello Society. For ten years Curtis was Principal Cellist of the Symphony Orchestra of the NDR in Hamburg; a former faculty member at Princeton and Brooklyn College, since 2000 Curtis has been professor of music at the University of California, San Diego.

As soloist in the traditional repertoire, Curtis has appeared with the San Francisco Symphony, National Symphony at Kennedy Center, the Baltimore Symphony, the Orchestre de la Suisse Romande and the Symphonisches Orchester Berlin among many others. performing concertos with conductors such as André Previn, Herbert Blomstedt, Max Rudolf, Christoph Eschenbach and others. At the Ostrava New Music Days Curtis performed concertos of Feldman and Lucier with the Janacek Philharmonic under Petr Kotik. A devoted chamber musician, Curtis played for two summers at the Marlboro Festival and toured with Musicians from Marlboro, and he taught at the Steans Institute at Ravinia with Walter Levin of the La Salle Quartet. Curtis has been featured at numerous international festivals including the MaerzMusik Berlin, Sound and Music London, Festival d’Automne Paris, Inventionen Berlin and Angelica Festival Bologna.

This season Curtis has presented solo works of Alvin Lucier at the Auditorium du Louvre and premiered new works of Eliane Radigue at the College des Bernardins in Paris; presented La Monte Young and Marian Zazeela’s three-hour-plus solo cello work in the permanent La Monte Young-Marian Zazeela Dream House in Polling, Bavaria as well as in the Kampnagelfabrik Hamburg; premiered Tashi Wada’s new work for solo cello and modified tape deck at Issue Project Room; given solo recitals in Boston, Philadelphia, New York, Paris, Providence and Colorado Springs featuring Christian Wolff’s new work “One Cellist”; and hosted a retrospective concert of Christian Wolff’s music in San Diego. This spring Curtis will give solo concerts in the Rothko Chapel and the new James Turrell Skyspace in Houston. ArtForum has called Curtis “one of the great cellists” and the New York Times recently noted that his “performance unfailingly combined lucidity and poise… lyricism and intensity.” His occasional writing on music has appeared in the Dutch architecture journal Oase, Leonardo Music Journal, Attention Patterns and in “±1961: Founding the Expanded Arts” for the Reina Sofia Museum, Madrid.

Drury has appeared at the MusikTriennale Koln in Germany, the Subtropics Festival in Miami, and the North American New Music Festival in Buffalo as well as at Roulette, the Knitting Factory, Tonic and The Stone in New York. In 1999 Drury was invited by choreographer Merce Cunningham to perform onstage with Cunningham and Mikhail Barishnikov as part of the Lincoln Center Festival. In 2006, Drury’s performance of Frederic Rzewski’s “The People United Will Never Be Defeated!” at the Gilmore Keyboard Festival was a sensation; he was invited back in 2008 to premiere Rzewski’s Natural Things with the Opus 21 Ensemble at the Gilmore Festival in Michigan and Carnegie’s Zankel Hall in New York as part of the composer’s 70th birthday. Drury has recorded the music of John Cage, Elliott Carter, Charles Ives, Karlheinz Stockhausen, Colin McPhee, John Zorn, John Luther Adams and Frederic Rzewski, as well as works of Liszt and Beethoven, for Mode, New Albion, Catalyst, Tzadik, Avant, MusicMasters, Cold Blue, New World and Neuma.