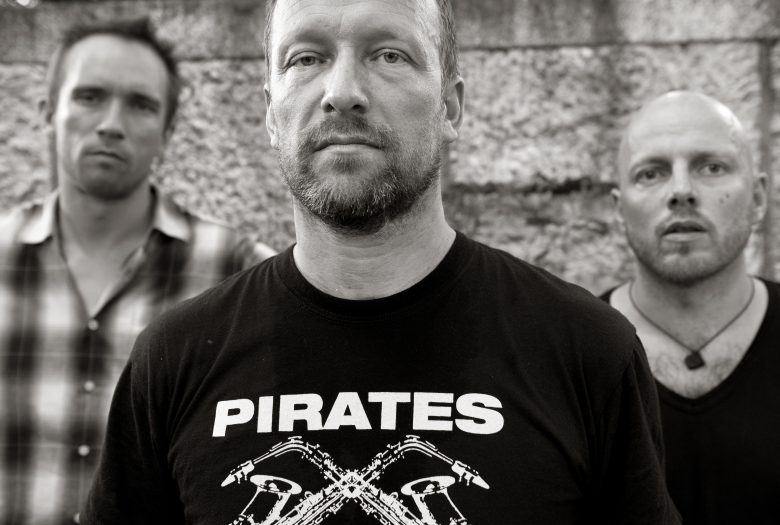 After forming in 1999 as a Don Cherry recording project, Scandinavian garage jazz trio The Thing soon established themselves as one of the most successful and hardest working free jazz trio’s around, traveling all over the world. They have performed with guests like Joe McPhee, Ken Vandermark, Otomo Yoshihide, Jim O’Rourke, Thurston Moore, Terrie Ex, Peter Evans and Neneh Cherry.

With dedicated fans in the rock, noise and jazz communities, The Thing keeps taking the music to new, uncompromising levels and continues to solidify their important position in the contemporary independent music world.

The Thing, fresh from a collaboration with singer Neneh Cherry, have returned to their stripped-down, raucous core sound on “Boot!”, (…) bassist Ingebrigt Håker Flaten and drummer Paal Nilssen-Love batter their instruments in a manner more akin to garage rock than free jazz. This is The Thing’s modus operandi, unchanged since their emergence in the 1990s. (the Wire)

When these three move up into the highest gears, there’s really no one who comes close to their full-on, end-of-the-world energy (Jazzwise)

“Boot!”, the mighty new album from Scandinavian jazz punks The Thing, is a heavy, heavy beast. The sonic equivalent of the Hulk doing battle with Godzilla, it bursts out of the speakers in a seething mass of molten bass saxophone, filthy fuzz bass and machine gun snare. (the Quietus)

Mats Gustafsson (baritone and tenor saxophone) is one of Europe’s biggest names on the music scene. Through groups like Gush, AALY trio, Fire! and Peter Brötzmann`s Chicago Tentet, he has established himself as a very powerful musician, and has somewhat reinvented the way of playing the saxophone. In 2011 he received the Nordic Council Music Price: the biggest price for a musician in the Nordic countries. www.matsgus.com

Ingebrigt Håker Flaten and Paal Nilssen-Love have become known as Norway`s heaviest rhythm-section. Since their long-time collaboration started in 1992, they have been working together in several groups like School Days with Ken Vandermark, Scorch trio with Raoul Björkenheim, and the Swedish/Norwegian jazz-group Atomic. www.paalnilssen-love.com www.ingebrigtflaten.com