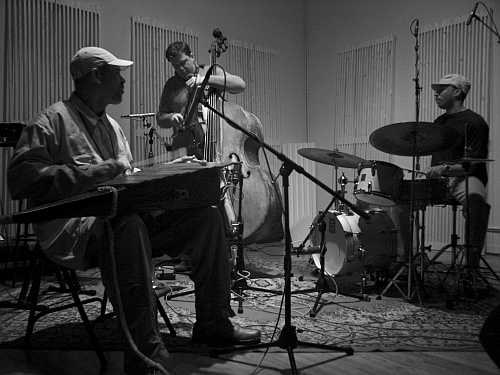 Triptych Myth is a true musical collective consisting of Tom Abbs on double bass, cello, violin, didgeridoo, Chad Taylor on drum set and percussion, and Cooper-Moore performing on a multitude of self made and traditional musical instruments, piano, flute, bamboo flutes, ashimba, diddley-bo, mouth-bow, horizontal-hoe-handle harp, teze, wooden three string banjo and electronics. In describing the music that they create, Cooper-Moore states, “We are three, no, not just three musicians improvising with one another, but three worlds, three oscillating galaxies colliding. The music results from that. When it’s working for me, there is the sense of Future Past, a Hubble image.”