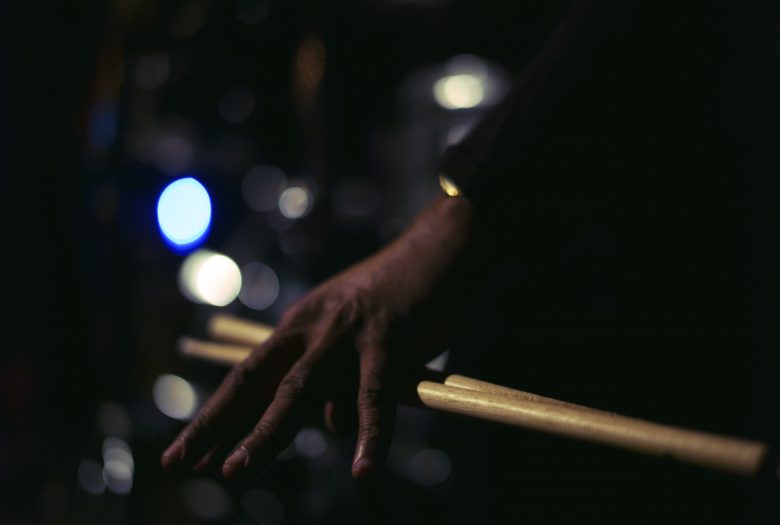 Out of concern for the safety and health of our audiences, artists, staff, and community, Roulette is suspending its programs for the rest of March. Read more: roulette.org/covid-19

Touch: Soul and Service is a work for music, poetry, spoken word, dance, and film directed and composed by American jazz drummer and poet William Hooker. The piece is a sequence of four events with original compositions for duet and trio and film accompaniment. This is the third in a series of multi-disciplinary projects that Hooker has presented at Roulette, with past performances including 2018’s The Great Migration and 2016’s EVIDENCE: The Baldwin Suite.

This performance marks the premiere of a new film created by Hooker and acclaimed filmmaker Phill Niblock, accompanied by a live score performed by Hooker (solo drums).

A body of uninterrupted work beginning in the mid-seventies defines William Hooker as one of the most important composers and players in jazz. As bandleader, Hooker has fielded ensembles in an incredibly diverse array of configurations. Each collaboration has brought a serious investigation of his compositional agenda and the science of the modern drum kit. As a player, Hooker has long been known for the persuasive power of his relationship with his instrument. His work is frequently grounded in a narrative context. Whether set against a silent film or anchored by a poetic theme, Hooker brings dramatic tension and human warmth to avant-garde jazz. His ability to find fertile ground for moving music in a variety of settings that obliterate genre distinctions offers a much-needed statement of social optimism in the arts.

William Hooker is an American jazz drummer, poet and composer. At age 10, Hooker began playing the drums, but it wasn’t until six years later that he started to play and perform as a jazz musician. He is “recognized as an iconoclast, and one of the most innovative musicians and drummers of his generation, William knows no genre bounds and ceaselessly searches for new forms of music, always with the intent to inspire.”

Charles Burnham is an American violinist and composer. He has a unique highly imaginative style that
crosses genres, including bluegrass, delta punk, free jazz, blues, classical and chamber jazz. He often performs with a wah-wah pedal.

Phill Niblock is a composer, filmmaker, videographer, and director of Experimental Intermedia, a
foundation for avant-garde music based in New York with a parallel branch in Ghent, Belgium.

Germaul Barnes is a choreographer, director, master educator, scholar, and designer with a
multifaceted career spanning more than thirty years in contemporary dance.

Sarah Manning is a saxophonist and composer,is a musical storyteller. She has performed at concert halls and clubs across the United States.

Hans Tammen creates music that has been described as an alien world of bizarre textures and a
journey through the land of unending sonic operations. He produces rapid-fire juxtapositions of radically contrastive and fascinating sounds.

Jimmy Lopez is a Global-Groove fusionist & Ethno-hybrid drummer/percussionist based in NYC.

Mark Hennen is an American jazz pianist and keyboard wizard living and working in NYC.