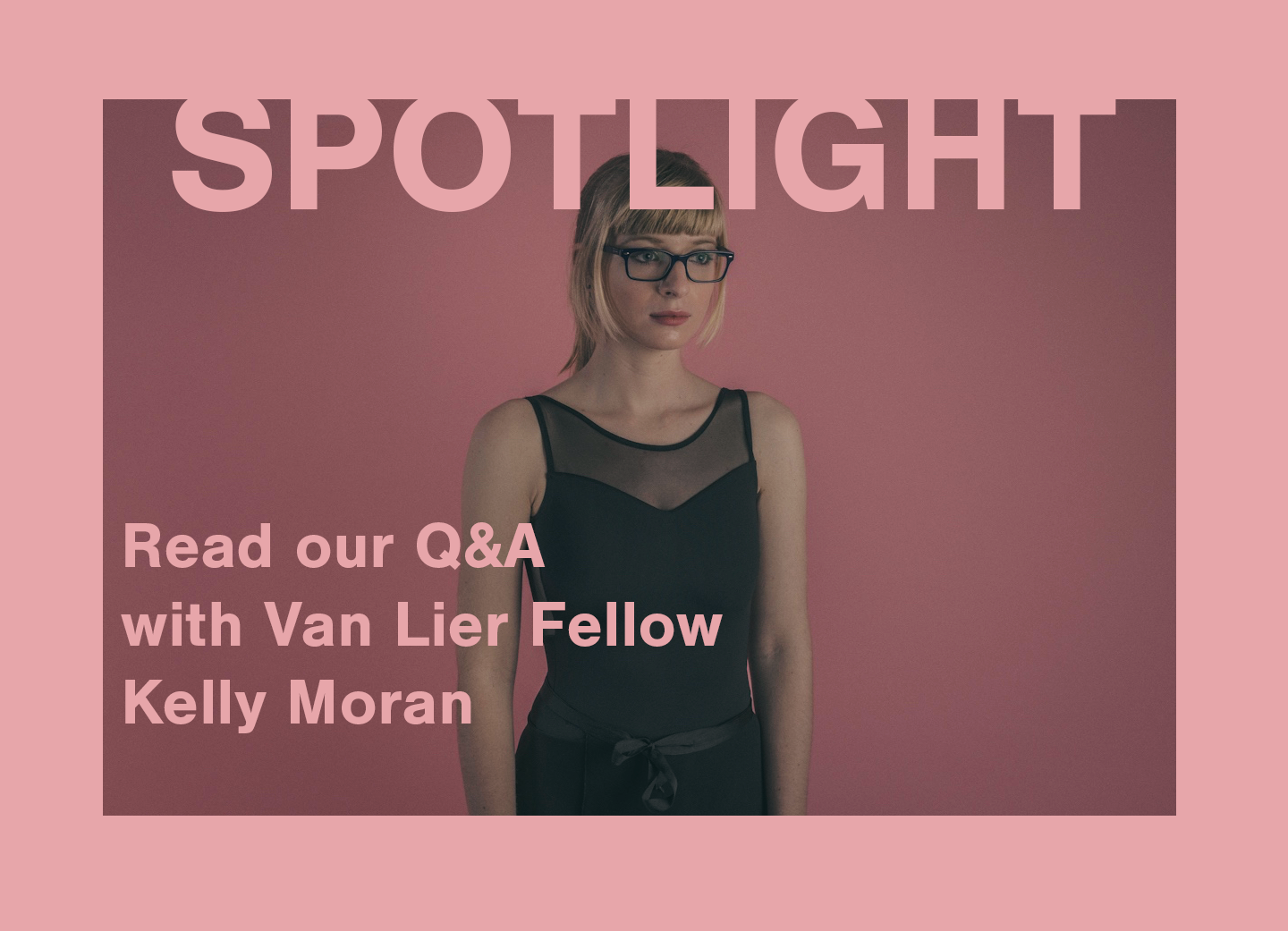 Tell me a little bit about your upcoming album.

On November 2nd, my album Ultraviolet will be coming out on Warp Records. I’m really excited because I’ve been a huge fan of Warp since I was a teenager. Many of the artists on Warp are why I got into making electronic music in the first place—Aphex Twin, Squarepusher, Boards of Canada, etc. These musicians have been hugely influential to me in so many ways. To be part of that legacy is really affirming to me as an artist, especially since I’ve faced so much rejection for not fitting within an easily categorizable musical genre. It felt so amazing to be accepted by a label *because* I’m such a weirdo! This record feels like a culmination of what I’ve been working towards for the past few years; it’s all prepared piano, but I designed a lot of detailed sound-worlds around the piano using different synths and electronic textures, so it sounds very lush and dreamy. It’s also more improvisatory than my past records—all of the pieces began as improvisations that I recorded and later refined, so I sound really untethered and free on the album. Writing and working on the piano parts for this album really changed the way I play, and I feel like I’ve discovered a new way of playing my instrument that is idiosyncratic to my personal musical tendencies.

You were the sole engineer and producer of your last five solo albums. Why do it yourself?

I’m a control freak! Haha. But really, I studied recording engineering and production in college because I really wanted to be able to make music without relying on other people to record or produce it for me. I was naturally interested in it to begin with, and I always felt that working alone forced me to come up with creative solutions to any roadblocks I’d encounter. And of course, another reason is the fact that I’ve always been hyper-aware of the fact that the production world is very male-dominated, and I feared that letting someone else produce my music meant that they would end up getting all the credit for it. I wanted to show that I was capable of doing it without anyone’s help to make sure people knew I was the mastermind behind all the intricacies in my music. Now that I’m a bit older and have established myself by making a few records all on my own, I feel more relaxed about working with other people. Ultraviolet is the first record I let someone else produce with me, and it was really thrilling to get a different perspective on my music for the first time.

How has your creative voice developed since BLOODROOT, and through your work with Oneotrix Point Never?

My entire creative process has changed since Bloodroot, and it made me really excited that I was able to shift gears so radically for Ultraviolet and create a sound that was completely new for me. Bloodroot sounds just a little bit stiff and academic to me to me at times; while writing it, I was sitting at the piano with staff paper tediously writing these awkward, little melodies with weird, angular harmonies that were sort of uncomfortable—physically—for my hands. Most of the songs on that record were so short simply because the music was challenging for me to write, and I’d get exhausted and want to move on to something new! It’s not the most enjoyable music for me to play either because of some of the positions and patterns. But Ultraviolet is rooted in improvisation to a greater degree, and I really just let myself go wild without overthinking chord changes or harmonic structures. I stopped intellectualizing things so much and forgot about theory. So much of it was about the physical response I would have to the piano while improvising patterns and playing around with stretching and compressing rhythmic phrasing in new ways.

Working with Dan (Oneohtrix Point Never) has also opened my eyes to new creative possibilities. I am really grateful to be part of his MYRIAD performances because he has such an incredible vision that is executed beautifully on every level: from the lights, to the video work, to the stage design, to the giant trash bag inflatables that slowly and menacingly inflate during the performance beside us. He really thought about how to create a multi-sensory experience for the audience on every level, and that’s definitely something I see myself striving for in the future. I don’t want to just play a concert; I want to give the audience an experience that delivers both sonically and visually, so it’s fully immersive. I want people to feel like they’ve slipped into another dimension for an hour.

Tell me about the dialogue between musical traditions (New Music, Metal, Minimalism) that we hear in your music. What’s in there that’s hidden? That we might not catch at first listen?

There are a lot more similarities between these genres than meets the eye, I think. When I started getting into black metal, my first thought was that it reminded me exactly of minimalism: both genres rely heavily on repeated notes/tremolos, a steady pulse, and a commitment to tonality. I’ve transcribed black metal songs on piano, and they legit sound like they could be Philip Glass piano etudes. A lot of black metal is actually pretty compositional if you ignore the terrifying banshee vocals—especially 2nd wave black metal, which to me is very catchy and melodic. Someday, I’d love to transcribe a metal piece for a chamber ensemble just to prove how similar it can be to contemporary New Music since they have really similar foundations.

Tell me about the role experimentation plays in your work.

There was a point in high school when I was in a practice room playing piano, and I heard someone down the hall playing the same exact piece, only way better. It was sort of a eureka moment for me because I realized I was striving to do something that a lot of other people could do way better than me, and it suddenly didn’t feel exciting to me anymore. I obviously love playing piano and learning music, but I personally don’t find satisfaction from playing pieces that every pianist has played. I wanted to seek out the weird, unexplored repertoire that was shunned by academia and discover new ways of playing piano. The piano department at my college didn’t want to give me academic credit for learning how to play prepared piano or contemporary music, which only made me want to do it more. For me, it’s not just about being different for the sake of being unique, but I genuinely love discovering new timbral combinations that feel wholly unique to my creative voice. When I made Bloodroot, I wanted to make a record that was comprised entirely of piano timbres, and I experimented with generating sounds from the piano in so many different ways. It challenged me and really opened me up to new sonic combinations I wouldn’t have discovered otherwise. I am always going to be pushing myself to find uniquely different techniques of playing piano and new ways of combining it with other timbres to make it sound fresh and new.

What are the hardest material restraints you’ve faced as an artist?

That’s easy: not having the money or resources to make the music I want to make. Since I was never able to afford studio time, there are bird chirps and weird environmental artifacts on all of my records because I was always recording on my piano at my parent’s house. It’s been a huge blessing to receive the Van Lier Fellowship from Roulette in that it’s opened up so many possibilities I’ve never had before. When I first moved to NYC, I was freelancing as an accompanist, and I didn’t have a lot of extra funds to spend on things that weren’t food, rent, or a metrocard. Now I’m able to buy equipment and gear that I’ve wanted for a long time. The Van Lier Fellowship has also allowed me to work with other artists on my projects and actually pay them for their work when I wasn’t able to do that before. I’ve wanted to collaborate with video artists for so, so long, and I’ve been using part of my fellowship to work with with a designer to make projections for my upcoming performances. I’ve been dabbling in video art myself for a few years, but I’m by no means an expert and have really limited production capabilities in that realm. I’m really thrilled that now I am able to work with someone who can elevate the visual aspect of my performances to a higher level.

Yes, I am really, really into figure skating, both as a spectator and participant. I just love that it’s such a beautiful, expressive sport that’s also dangerous as hell. It looks so easy, but it’s SO hard. And it’s inextricably tied to musical expression! You won’t be considered a great skater if you don’t have a strong grasp of conveying the emotions behind the music you’re skating to. A lot of skaters I’ve met are also musicians, actually. I’m also really into the idea of a sport being so extreme that you willingly hurl yourself into the air at high speeds and land on ice with hundreds of pounds per square inch of force. That is absolutely wild to me. I love it. And it’s been great having a hobby that challenges me in similar ways music does – like music, skating requires a ton of discipline and practice. So much of skating is repeating the same movements over and over again, and I get a really big thrill from mastering the smallest maneuvers. As of now, no one has ever skated to my music but I would absolutely die of happiness if someone did, especially if they were Russian and prodigious. (No country is dominating figure skating like Russia is right now.)

susan/snooze karabush is a musician who writes and dances. He has worked at Roulette since 2013, currently as Director of Operations.

Kelly Moran is a composer and pianist from New York. As the sole engineer and producer of her five solo albums, her intricately arranged electro-acoustic compositions have been described as accomplishing “the rare feat of making the work of a single individual sound like the artistic output of a veritable creative army.” As a pianist, Moran specializes in works that employ extended techniques and prepared piano. Her album Bloodroot, released by Telegraph Harp Records in March 2017, received praise from Pitchfork, NPR, The Log Journal, KEXP, and more. In recent years, she has performed as a bassist in Weasel Walter’s no-wave outfit Cellular Chaos, and keyboardist for avant-rock band Voice Coils. Recent collaborations include projects with Toby Driver (Kayo Dot), Charlie Looker (Extra Life), and acclaimed pianist Margaret Leng-Tan. Moran completed her undergraduate degree at University of Michigan-Ann Arbor where she studied piano performance, sound engineering, and composition. In 2010, Moran received a fellowship for the MFA program in Integrated Composition, Improvisation, and Technology at University of California-Irvine. Moran works as a freelance pianist in NYC and is on staff as an accompanist at Barnard College and the Martha Graham School for Contemporary Dance.