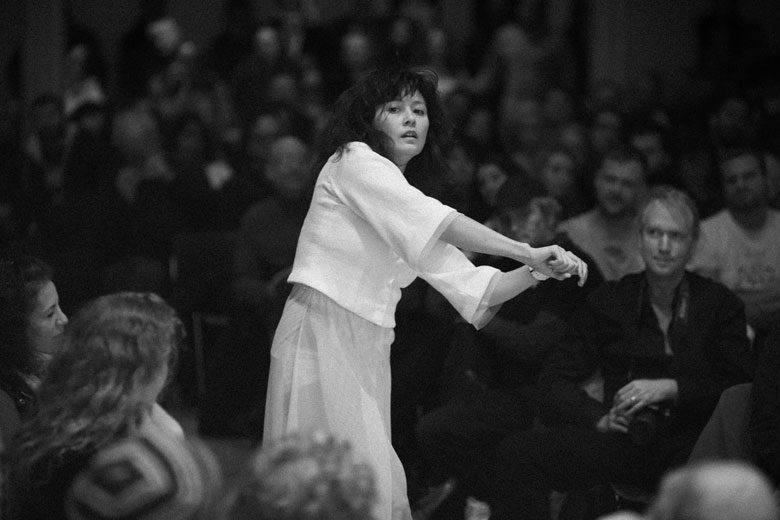 lec/dem: Performances of lecture and lectures on performance

The term “Lec-Dem” is shorthand for Lecture Demonstration, a type of performance put on, most often, by dance teachers and their students in places like hospitals, schools and retirement homes that involves demonstrating dance repertoire interspersed with brief explanation.

Roulette’s lec/dem is an open opportunity for dance and performance artists to share their current research, whether it be written/academically-driven, movement-based time art, or a combination of the two. There is no binding conceptual content connecting spoken or danced work; lec/dem is an open opportunity to share categories of research that are tangentially related to dance performance.

[DANCEROULETTE] lec/dem: Performances of lecture and lectures on performance is supported, in part, by the Mertz Gilmore Foundation.

lec/dem is curated by Kyli Kleven