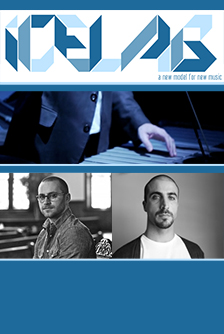 ICElab presents 2013 collaborators, Daniel Dehaan and Felipe Lara at Roulette. Daniel Dehaan’s project is an evening-length piece adapted for large indoor spaces where the audience’s attention is diverted (with lights and sound manipulations) to small instrumental ensembles positioned throughout the space during the performance. Felipe Lara’s work is an evening-length piece for ICE, Tran(scribe), in which he begins with the improvised gestures of the individual musicians of ICE and transforms them, through transcription and electronic manipulation into a cohesive form and structure.

The music of Chicago based composer Daniel R. Dehaan emerges from an ever evolving sound palate, while his compositional language maintains a humanistic physicality, drawing gestural guidance from the natural movements of the body. His works have evoked feelings of distant familiarity, violence, intimacy, and meditative tranquillity. Recently his studies have begun reaching across the lines of linguistics, cognitive-sciences, and computer programming environments to explore possible paths to the discovery of meaningful structures within sounds.