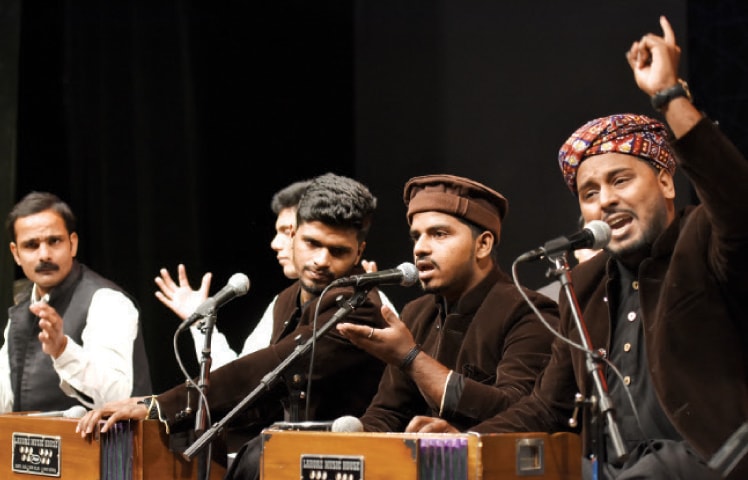 THIS EVENT HAS BEEN CANCELLED

Roulette’s box office will process refunds for all ticket holders.

Pakistan’s Hamza Akram Qawwal & Brothers, grandsons of the revered Munshi Raziuddin, return to Roulette after their mesmerizing performance there in the spring of 2019. They have been acclaimed for their riveting interpretations of qawwali, the ecstatic improvisational Sufi vocal tradition made famous in the West by the late Pakistani singer Nusrat Fateh Ali Khan. This award-winning ensemble represents the 26th generation of the seven centuries-old Qawwal Bachon ka Gharana of Delhi founded by Saamat bin Ibrahim, the first qawwal of the subcontinent and principal student of mystic Amir Khusrau. Hamza has studied with the renowned Naseeruddin Saami, as well as with his uncle, Farid Ayaz Qawwal, with whom he and his brothers have toured. The ensemble builds a state of ecstasy through rhythmic handclapping, drumming and powerful vocals (similar to gospel in its call-and-response manner), and performs songs that range from 13th century mystical Persian poems to more recent Punjabi poems that speak of the intoxication of divine love.

This performance is a co-production between Robert Browning Associates, Lotus Music & Dance, and Roulette.