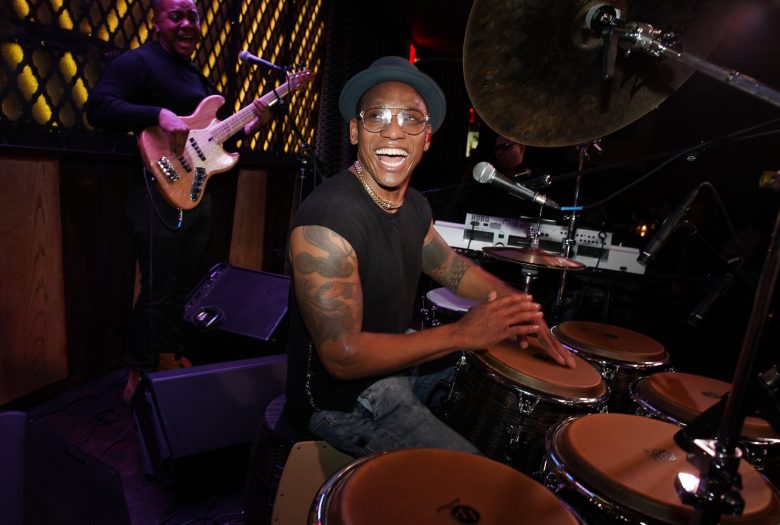 Buy tickets online to three upcoming RBA concerts before January 31, 2022 and save!

A consummate master of Afro-Cuban folkloric music and the bata drum, Pedrito Martinez is one of Cuba’s hottest musical exports. He has performed with dozens of Cuban rumba groups and contributed to several important films, including Calle 54 (2000) and Chico and Rita (2010).

Since settling in New York City in the fall of 1998, he has recorded or performed with Wynton Marsalis, Paul Simon, Bruce Springsteen, Dave Matthews, and Sting, and contributed to over 100 albums. This evening’s repertoire features music from his recent album, Acertijos (Riddles), which interweaves rock, jazz, r&b, and funk with his compelling Afro-Cuban sound. Pedrito describes Acertijos as “A compilation of emotions and the story of my life living in New York and Cuba.” His group features musicians on keyboards, trombone, bass, and percussion.

This performance is a co-production between Robert Browning Associates, Lotus Music & Dance, and Roulette.