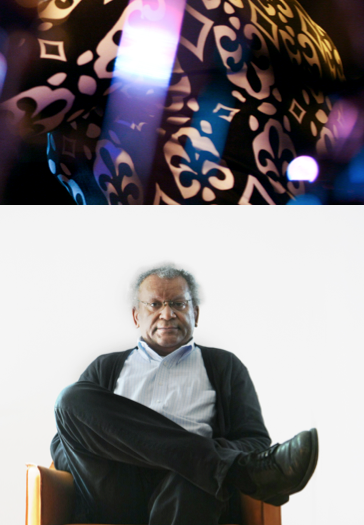 Neighborhood Dynamics, collaboratively composed by Fay Victor and her husband Jochem van Dijk, is a musical observation of gentrification drawing from the composers’ ten years of living in Bedford-Stuyvesant. The project adds two special guests (Mitchell and Chancey) to the long- running Fay Victor Ensemble, and uses a graph depicting the flux of residents over time as the basis for a score that combines composition, improvisation, graphic notation and text.

Anthony Braxton will premiere a nonet of mirror-image instrumentation (doubled saxophones, reeds, brass and guitars) that will explore his Falling River Music, working off of the composer’s evocative graphic scores (which will also be on display in Roulette’s lobby).

Anthony Braxton is recognized as one of the most important musicians, educators, and creative thinkers of the past 50 years, highly esteemed in the creative music community for the revolutionary quality of his work and for the mentorship and inspiration he has provided to generations of younger musicians. Drawing upon a disparate mix of influences from John Coltrane to Karlheinz Stockhausen to Native American music, Braxton has created a unique musical system that celebrates the concept of global creativity and our shared humanity. His work examines core principles of improvisation, structural navigation and ritual engagement—innovation, spirituality and intellectual investigation. His many accolades include a 1981 Guggenhiem Fellowship, a 1994 MacArthur Fellowship, a 2013 Doris Duke Performing Artist Award and a 2014 NEA Jazz Master Award.

The Tri-Centric Foundation is a not-for-profit organization that supports the ongoing work and legacy of Anthony Braxton while also cultivating and inspiring the next generation of creative artists to pursue their own visions with the kind of idealism and integrity Braxton has demonstrated throughout his distinguished career.

The term “Tri-Centric” derives from Braxton’s three-volume collection of philosophical investigations, The Tri-Axium Writings. Braxton believes creative thinking cannot be reduced to dichotomies, but must embrace multiple perspectives. For instance, music is not only composed or improvised, but also includes intuition. We must not only consider the past and the present, but also the future. It is not always this or that, it is often the other.

Tri-Centric exists to vigorously advocate for the crucial role risk-taking art plays in maintaining the health and vibrancy of our culture. Through a commitment to innovation, self-sufficiency, and artistic ambition, the organization looks to create a new model of artist empowerment and offer a supportive community to those in pursuit of “trans-idiomatic” creativity.