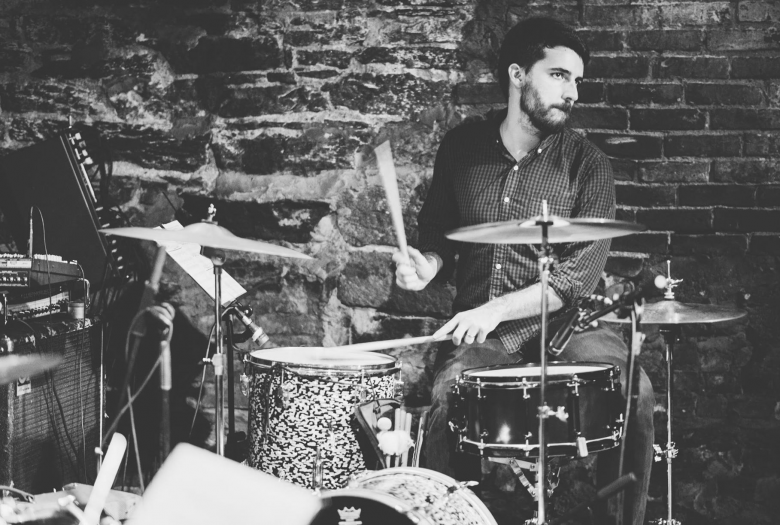 Will Mason‘s compositions are based around shimmering and otherworldly harmonies, novel formal structures, and a shifting interplay between periodic and aperiodic rhythms and grooves. In his new electroacoustic quintet, he is joined by four world-class improvisers, and will be augmenting the performers with live vocal processing and a variety of samples and backing tracks.

Will Mason is a composer, drummer, and electronic musician from Maine. He has composed and performed in an eclectic range of settings and the bulk of his compositional output has been geared toward producing albums for ensembles he leads and in which he performs. His music draws influence from both the European modernist and American jazz avant-gardes. His debut album Beams of the Huge Night was released by New Amsterdam Records in 2015. All About Jazz writes that “Mason has an acute talent for composing very complex, extended pieces, creating an absorbing synthesis of jazz, technology, classicalism, and an organic construction that includes any or all of those components.” He also leads the noise-rock quartet Happy Place, which released its debut album in 2016 on Exit Stencil Records. The New York Times writes that the band “succeeds at fusing experimental rock and chamber music… The cathartic two- guitar attack has the feel of avant-rock, while the astringent harmony recall experiments by Charles Ives.” Mason is currently a visiting faculty member at Oberlin Conservatory and is completing his PhD at Columbia University.