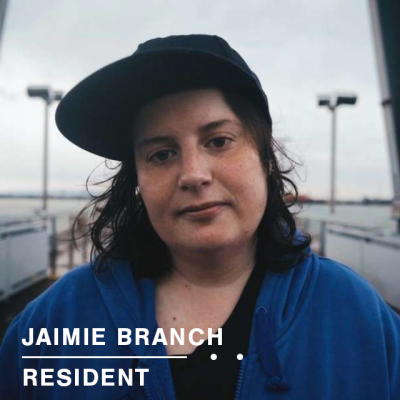 A mainstay of the Chicago jazz scene and recent active addition to the New York scene, Jaimie Branch is an avant-garde trumpeter known for her “ghostly sounds” (The New York Times) and for “sucker punching” crowds straight from the jump (Time Out). Her classical training and “unique voice capable of transforming every ensemble of which she is a part” (Jazz Right Now) has contributed to a wide range of projects not only in jazz but also punk, noise, indie rock, electronic and hip-hop. Branch’s prolific and as-of-yet underexposed work as a composer and a producer, as well as a sideman for the likes of William Parker, Matana Roberts, TV on the Radio and Spoon, is all on display in her debut record Fly or Die – a dynamic 35-minute ride that dares listeners to open their minds to music that knows no genre, no gender, no limits.

Aaron Burnett began to study classical saxophone at age 11. After attending University of North Carolina at Greensboro for Classical and Jazz Performance (1999-2001), he relocated to Berklee College of Music for Classical Composition (2005–2008), graduating with a degree in Professional Music. Burnett has always stressed the importance of establishing a unique sound for himself, studying classical Baroque composition techniques, advance harmony, world music, and atonal composition. He has performed with renowned musicians such as Vijay Iyer, Teri Lyne Carrington, Kurt Rosenwinkel, Michelle Rosewoman, Jeff Tain Watts, and Kim Thompson, and toured with three-time Grammy winner Esperanza Spalding in her 2012 world tour with Radio Music Society. Burnett retains what he feels is the true nature of jazz in his music and his playing, always searching for new ways of interpretation. 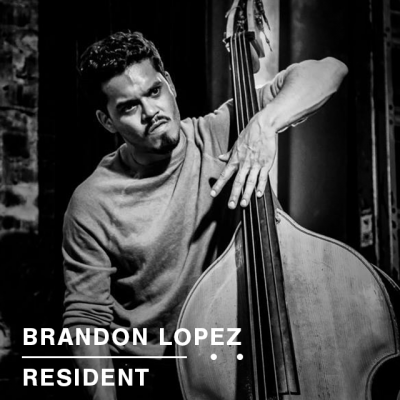 Brandon Lopez’s work has been praised as “brutal” (Chicago Reader) and “relentless” (The New York Times). He has worked beside many experimental music’s luminaries; Jooklo Trio, Nate Wooley, Sun Ra Arkestra, Ashley Fure, Okkyung Lee, Gerald Cleaver, Ingrid Laubrock, Tony Malaby, Tyshawn Sorey, Bill Nace, Tom Rainey, Steve Baczkwoski, Chris Corsano, and many others. He was the 2018 Artist in Residence at Issue Project Room and a Van Lier Fellow at Roulette Intermedium. In September 2018 he was featured soloist with the New York Philharmonic. 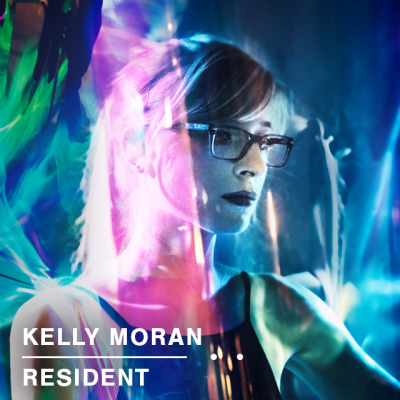 Kelly Moran is a composer, producer, and pianist from Long Island, New York. As the sole engineer and producer of her five solo albums, her intricately arranged electro-acoustic compositions have been described as accomplishing “the rare feat of making the work of a single individual sound like the artistic output of a veritable creative army.” (Zoe Camp, Revolver.) Moran specializes in works that employ extended techniques and prepared piano. Her album Bloodroot was released by Telegraph Harp Records in March 2017 and received critical praise. She’s the lead keyboardist for Oneohtrix Point Never’s first live touring ensemble and collaborates with pianist Margaret Leng-Tan, The Manhattan Choral Ensemble, and Yarn/Wire. In 2010, Moran received a fellowship for the MFA program in Integrated Composition, Improvisation, and Technology at the University of California-Irvine. She is a former 2018 Roulette Van Lier Fellow. 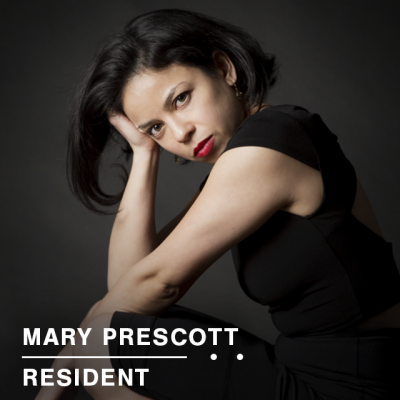 Mary Prescott is a Thai-American interdisciplinary artist, composer, and pianist who explores the foundations and facets of identity and social conditions through experiential performance. Her output includes music-theater, improvised music, an immersive chamber opera, a 365-day sound journal, and a film score for Salzburg Experimental Academy of Dance, as well as solo and chamber concert works. Prescott is a 2019-21 American Opera Projects Composers and the Voice Fellow. She has held residencies at Hudson Hall, Areté Venue and Gallery, Avaloch Farm Music Institute and Arts Letters and Numbers. In 2019, she was awarded a Roulette Jerome Foundation Commission; and a National Performance Network Creation and Development Fund Award, co-commissioned by Public Functionary (Minneapolis) and Living Arts (Tulsa). 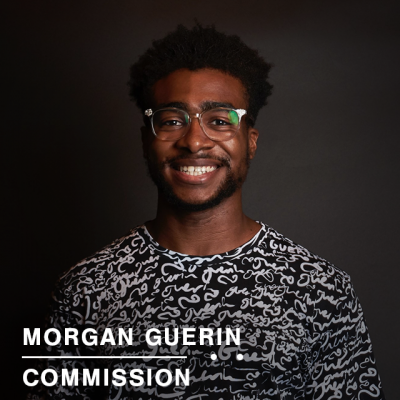 Multi-instrumentalist, composer and audio engineer, Morgan Guerin grew up in Baton Rouge and New Orleans and was raised in Atlanta. With his mother being a pianist and his father being a bassist, Morgan began playing drums, piano, and bass early on in addition to sax and EWI (electronic wind instrument) later on. Currently residing in New York City now at age 21, Morgan performs regularly with Terri Lyne Carrington and Social Science, Esperanza Spalding, Amina Figarova Sextet and Tyshawn Sorey. His debut record The Saga was released in 2016 followed by The Saga II in 2017. 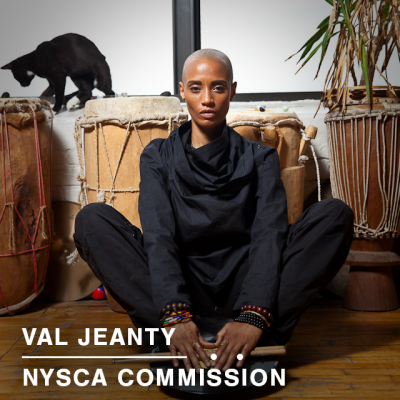 Haitian electronic music composer Val Jeanty creates esoteric sounds that tantalize the subconscious while creating a healing/cosmic frequency. By synergistically combining acoustics with electronics and the archaic with postmodern, Jeanty incorporates her African Haitian musical traditions into the present and beyond. Her AfroElectronica installations have been showcased in New York City at the Whitney Museum of American Art, Museum of Modern Art, The Brooklyn Academy of Music, and The Village Vanguard. She is also recognized internationally and has performed at The SaalFelden Musical Festival in Austria, Stanser Musiktage in Switzerland, Jazz à la Villette in France, and the Biennale Di Venezia Museum in Italy. 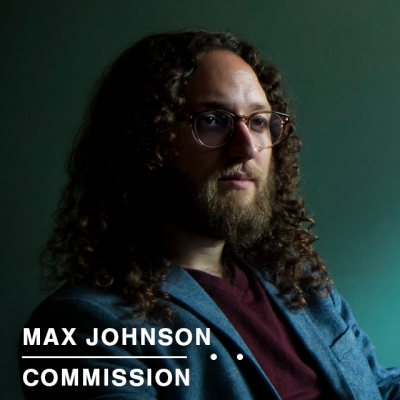 Creating complex worlds of sound, bassist and composer Max Johnson challenges his listeners to engage deeply and be rewarded with a complete musical experience that is always jubilantly crafted with love, care, and clarity. “Johnson is an intrepid composer, architect of sound and beast of the bass…” (Brad Cohan, New York City Jazz Record). With 9 albums, and over fifteen hundred concerts under his belt with artists like John Zorn, Mivos Quartet, Chris Thile, Anthony Braxton, Mary Halvorson, among others, Johnson has proven to be an unparalleled force on the bass, and a unique, exhilarating voice as a composer. 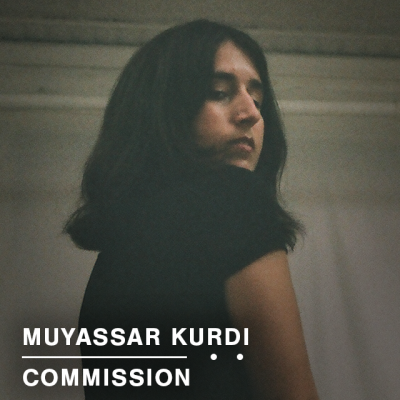 Muyassar Kurdi is a New York City-based interdisciplinary artist. Her work encompasses sound art, extended vocal technique, performance art, movement, analog photography, and film. She has toured extensively in the U.S. and throughout Europe. She currently focuses her attention on interweaving homemade electronic instruments into her vocal and dance performances, stirring a plethora of emotions from her audience members through vicious noise, ritualistic chants, and meditative movements. 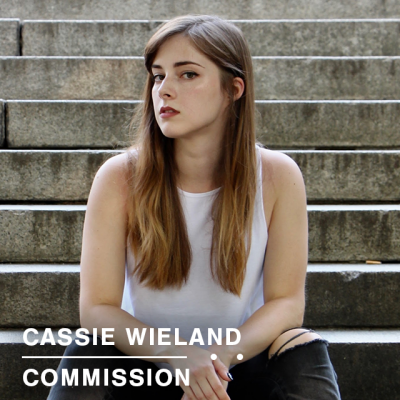 Cassie Wieland‘s music takes roots of expression and finds new paths of communication through them. In that vein, she often draws from source materials that relate to the human voice and works to replicate them through another musical medium. Experimenting with timbre and texture, specifically exploring intimate and fragile sounds, is also a large contributing factor to Wieland’s work. Processes such as removing sounds from their original environments and repurposing them into musical ones help her achieve the “hand-made” sound she is often looking for: imperfect, but intentional. Through her music, Wieland aims to show that vulnerability and intimacy can be synonymous with strength and power.

Roulette’s Residency and Commissioning programs are guided by the underlying question to artists: What would you like to do, and how can we help? The programs are intended to identify and support young artists whose work promises significant contributions to music, to accelerate the careers of talented artists, give them financial and technical resources as they create signature work, clarify their artistic direction, and build their confidence in their ability to pursue their art.

Artistic Director Jim Staley receives nominations for Jerome recipients from artists and recommendations from members of Roulette’s 16-person Artistic Advisory Committee, many of whom are former Roulette Jerome Awardees. Roulette Jerome Commissions are awarded to emerging artists, and are nominated by a panel of artists committed to the next generation of creativity. Roulette Jerome Residencies are awarded to early to mid-career artists, many of whom have performed at Roulette, and whose work will benefit from further resources for development.