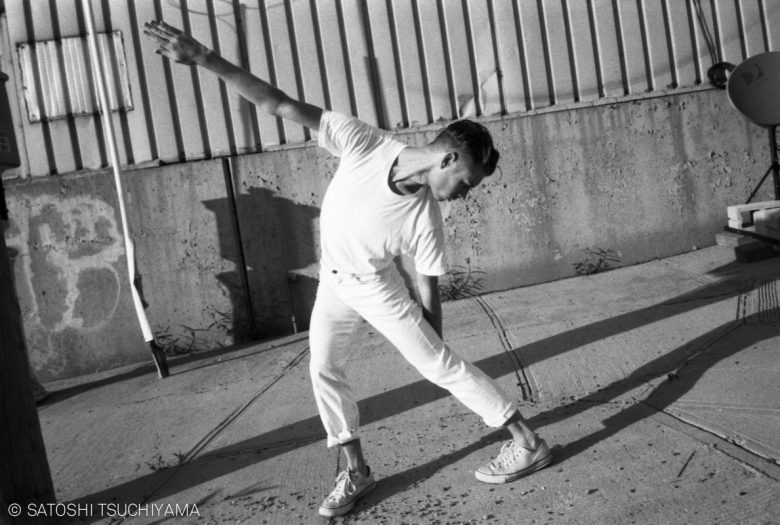 Ahuvia and Tenenbaum engage in a conversation surrounding the embodied folklore of their individual, Jewish diasporic histories.  This conversation takes the form of a performance.

Tatyana Tenenbaum is a choreographer and composer based in Brooklyn, NY. With roots in American vaudeville and musical theater, her work explores the phenomenal space of the singing body, from interwoven perspectives of dance, music and performance.

A performer and choreographer, Hadar Ahuvia grew up in Israel and the US. Her work is grounded in physical research and political consciousness. Her current project Joy Vey contends with a Zionist legacy through research and reshaping of Israeli folk songs and dances. Ahuvia is a 2015 Movement Research Artists in Residence.

Abigail Levine is a New York-based artist whose work is rooted in dance and informed by visual and performance art. She has presented her work at venues including the Movement Research Festival, Mount Tremper Arts, Danspace Project, Gibney Dance, and the Center for Performance Research. As a performer, Abigail has worked recently with Marina Abramovic, Carolee Schneemann, Clarinda Mac Low, Larissa Velez-Jackson, and Will Rawls. She is currently Visiting faculty in Dance at Wesleyan University.

Paula Matthusen is a composer who writes both electroacoustic and acoustic music and realizes sound installations often with diverse instrumentation. Her work has been performed at numerous venues, including the Tanglewood Festival, the MusicNOW Series of the Chicago Symphony Orchestra, the Ecstatic Music Festival, Other Minds, Merkin Concert Hall, the Aspen Music Festival, MassMoCA, and SEAMUS. Paula is currently Assistant Professor of Music at Wesleyan University. Paula’s awards include honors from the American Academy of Arts and Letters, a Fulbright Grant, two ASCAP Awards, and the Elliott Carter Rome Prize.

Stuart Shugg presents Weighting, a solo performance developed out of working in the studio for the past few years. Shugg gives special thanks to Jon Kinzel and Linda Sastradipradja for their knowledge and support throughout this process. Stuart Shugg graduated in 2008 from the Victorian College of the Arts in Melbourne, Australia. In Australia, he worked with Russell Dumas’s company Dance Exchange, and was mentored by Linda Sastradipradja. He also appeared in the works of Lucy Guerin, Philip Adams, and Antony Hamilton. In NYC, Stuart has worked with Jon Kinzel, Jodi Melnick, and is a member of the Trisha Brown Dance Company. His own work has been shown at Center for Performance Research and Gibney Dance Center.