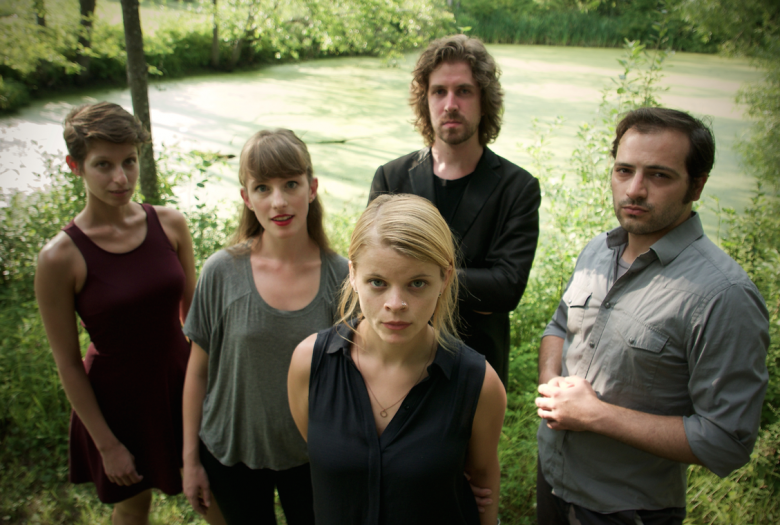 Mario Diaz de Leon is a composer and performer, whose works have been described as “21st century chamber music that couples crystalline clarity with the disorienting turbulence of a sonic vortex.” (Wire Magazine). His influences include the composers Scelsi, Ligeti, Dumitrescu, and Xenakis, free improvisation, underground metal, a wide range of electronic music, and noise / industrial music. His debut album as composer, “Enter Houses Of” was released in 2009 on John Zorn’s Tzadik label, and praised by the New York Times for its “hallucinatory intensity”. He has written extensively for the ICE and Talea Ensembles, and released his second composer portrait LP on the Denovali label in 2015. As a solo performer, he is active under the name Oneirogen (o-NI-ro-jen), an experimental project known for its merging of ethereal synths, brutal distortion, and noise influences. Since 2012, Oneirogen has released two full length LPs and two EPs on the Denovali label. In 2015 he co-founded the death metal band Luminous Vault. Born in Minnesota in 1979, he grew up playing guitar in hardcore punk and metal bands before attending the Oberlin Conservatory of Music, where he studied electronic music and composition. He has lived in in New York City since 2004, and received his doctorate in music composition from Columbia University in 2013.

TAK is a quintet that delivers energetic and virtuosic performances of contemporary classical music. Described as “stellar” (Oneirics), and full of “restless strands of ever ­shifting color and vigor” (Feast of Music), TAK concerts are consistently dynamic and engaging. The group frequently collaborates with video artists, installation artists, and experimental theater companies to create immersive concert experiences on a multi-media level. The members of TAK are each “individual virtuosos” in their own right (Lucy Shelton), and have performed individually across North America and Europe with ensembles such as the London Sinfonietta, International Contemporary Ensemble, JACK Quartet, Wet Ink Ensemble, and Grammy­-winning ensemble Roomful of Teeth. In recent seasons, they have been invited to perform in collaboration with the American Composers Alliance, Qubit, Innovations en concert (Montreal), Hamrar (Iceland), and the Public Theater; they have held artist residencies at Avaloch Farm and Mount Tremper Arts.

[GENERATE] TAK Plays World Premieres by Mario Diaz de Leon and Lewis Nielson is made possible, in part, with funds from GENERATE: The Frances Richard Fund for Innovative Artists of Promise.