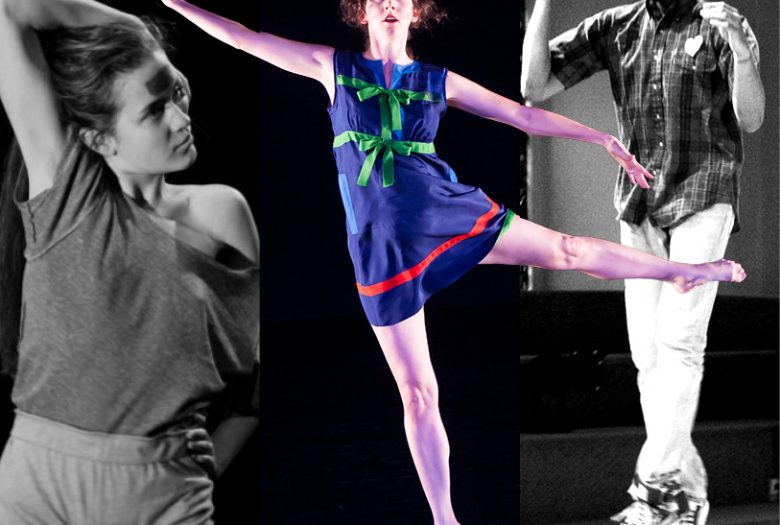 Niall Jones
Acrylics and Noises, 1990
This body is melodramatic – a propositional site of unsettled realities and disorienting intensities. This work conspires to complicate the availability or motility of time, image, and representation. Acrylics and Noises, 1990 wants to be about both the eternality and mutability of the receding past, and it is certainly a dance danced alone.

Heather Olson
Moves (a work in progress)
After a two year break from making work after having a baby, Heather Olson wonders what kind of movement will come out of her body if she spends some time alone in the studio. This solo work is a container for what she finds and will be the beginning of a larger process.

Stormy Budwig
a two person movement installation (half-life study)
Researching the virtuosity in subtlety and the value of what is touchable. What’s the nature of a progress that has no expected end result?

Niall Jones is a third year MFA candidate in Dance at the University of Illinois at Urbana-Champaign.

Stormy Budwig is a choreographer, performer and writer based in Brooklyn. She works to make dance that is its own phenomenon—with divergent procedures, nuance and investigation informing its behavior. Budwig’s first evening-length work, half-life, will premiere at Crown Heights’ Five Myles Gallery in late February 2014. Budwig has presented work through Spoke the Hub’s Winter Follies, AUNTS at Arts@Renaissance, President Street Performance Series and Movement Research’s Open Performance. Budwig holds a dual Bachelor of Arts in Dance and Writing from Eugene Lang The New School for Liberal Arts, where she had the opportunity to work with amazing faculty and guest choreographers.