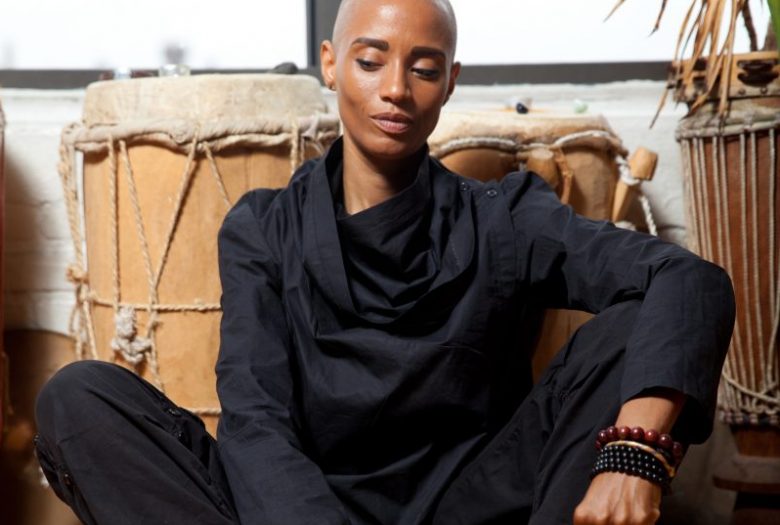 Composer/percussionist/turntablist Val Jeanty evokes the esoteric realms of the creative subconscious in her performance persona as Val-Inc. Her “Afro-Electronica” incorporates Haitian musical traditions into the present and beyond, combining vodou samples, chants, and inspirations with hand percussion and electronics blending the archaic with the ultra-modern.