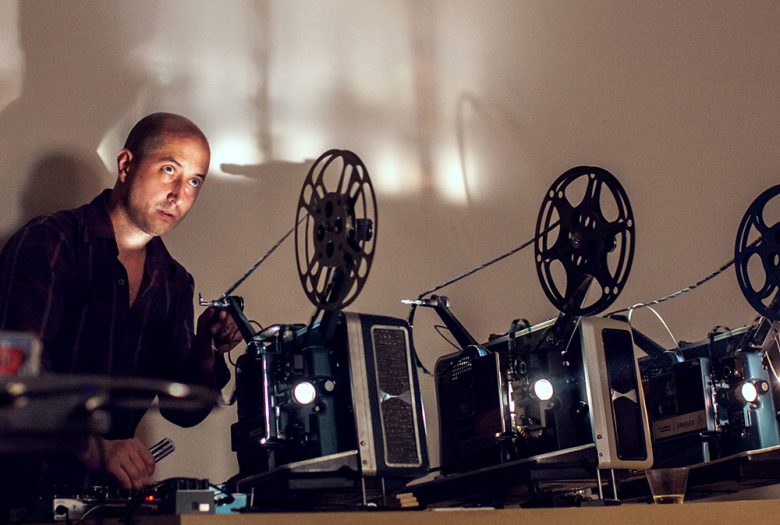 Artist Thomas Dexter presents a film performance for triple 16mm projection, beam splitting glass, mechanical shutters, and sound transducers featuring direct animation, scratching, and erasing in a multi layered composition that is created and destroyed in real time. The work maps a synesthetic and hallucinatory terrain that exists at the bleeding edge of what can be seen and heard at the limits of sensory ability.